Arsenal have been linked with a number of strikers ahead of this summer’s transfer window amid continued speculation over the future of Alexandre Lacazette. Celtic star Odsonne Edouard and Red Bull Salzburg frontman Patson Daka are both reported targets for the Gunners. But Mikel Arteta may already have the perfect Lacazette replacement at the club.

Lacazette’s contract at Arsenal expires in the summer of 2022.

Arteta insists any talks over a renewal will have to wait until the end of the season.

But Lacazette has failed to score more than 14 Premier League goals in a single campaign for the Gunners and handing a new deal to a player who turns 30 in May may not be wise business.

Celtic’s Edouard has a prolific record, albeit in the Scottish Premiership, and has been linked with Arsenal for over a year. 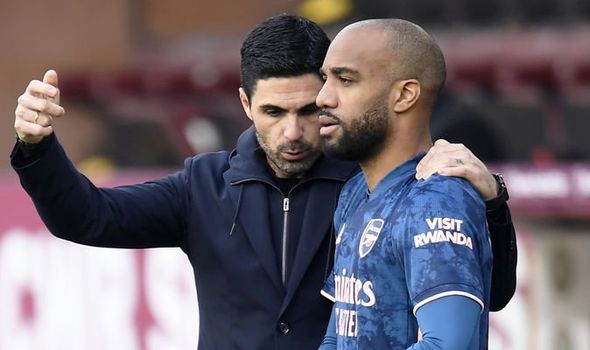 Daka has risen to prominence at Salzburg in the last 12 months and has helped fill the substantial void left by Erling Haaland.

But in Gabriel Martinelli, Arsenal may already have their own long-term solution.

After missing the first few months of the season due to injury, Martinelli has struggled for game time under Arteta.

The emergence of Emile Smith Rowe, more recently on the left-hand side, has made it even harder for the Brazilian.

Arsenal need to get as far up the Premier League table as possible to spare their blushes as well as put everything into winning the Europa League in the hope of gaining Champions League qualification.

So now may not be the best time to experiment with Martinelli as a No 9.

But from next season, using the youngster in a central role will be a serious consideration for Arteta.

Martinelli scored 10 goals in his debut campaign for Arsenal, starting just 15 of his 26 appearances. 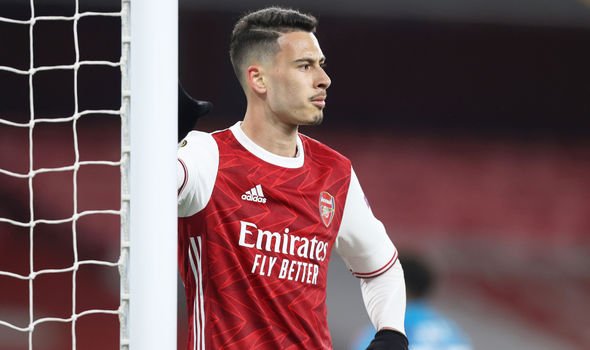 He showed on the odd occasion in the Europa League his ability to play through the middle.

Martinelli’s quality is undoubted and Martin Odegaard, on loan from Real Madrid, recently made a point of mentioning how promising he looks from training sessions.

“He’s such a big talent, you see him in training every day and you see it,” Odegaard told Premier League Productions.

“He’s a really talented player with a lot of qualities, so I think definitely he’s one for the future. And he’s so young still.

“As I said, he’s really young so he just has to keep working hard – as he’s doing every day in training.”

Odegaard will have an eye for talent having spent time around the Real squad in recent seasons.

And at just 19 years of age, the signs are there that Martinelli can be Arsenal’s long-term solution up top.