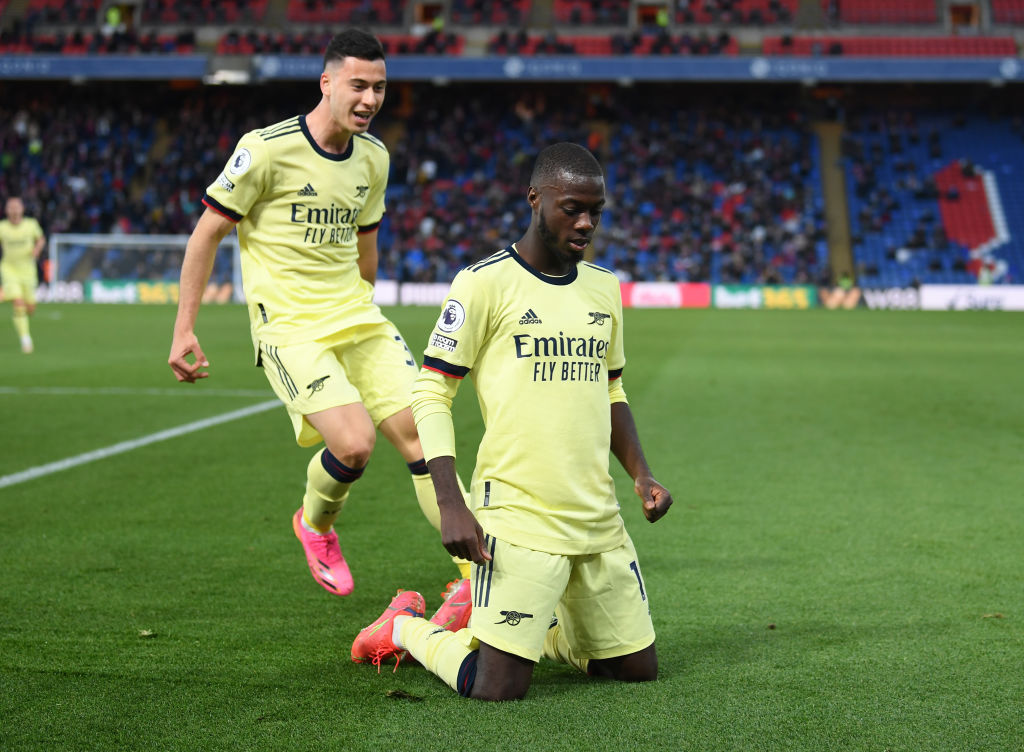 Mikel Arteta has hailed Nicolas Pepe after his brace against Crystal Palace and believes Arsenal’s record signing is at last delivering on his price tag, while he also praised Martin Odegaard.

The Gunners have given themselves a shot at finishing in the Europa Conference League after securing a 3-1 victory at Selhurst Park, raining on Roy Hodgson’s farewell parade.

Pepe put the visitors ahead as Arsenal dominated proceedings in the first half, though they lost their measure of control in the second period as Christian Benteke levelled the scores.

But with time running out, Odegaard whipped in a sublime ball for Gabriel Martinelli to put Arsenal back ahead before Pepe grabbed his second of the night with a fine run and finish in injury time.

The Ivory Coast international has had two difficult seasons since leaving Lille for north London but has found form at the backend of the campaign and Arteta is confident he can keep it up.

Asked if Pepe is showing signs that he is living up to his £72m fee, Arteta replied: ‘I am very encouraged and positive to think that way for two reasons.

‘One, because he’s come a long way in terms of consistency of what he’s producing in games. Not only in the Premier League but what he’s done in Europe this season.

‘He wants to work, and he wants to be the best. And when that happens, and he has the talent that he has, I think it’s a really good mixture.’

Real Madrid loanee Odegaard had another good game, notching a superb assist, and Arteta was delighted with his contribution.

Asked about the Norwegian’s pass, Arteta said: ‘That his quality. He’s able to do that and that connection with those runners from the opposite side is something that he’s really good. And he’s finding the right moments, the right timing, to do it.

‘And Gabi as well to manage that ball, because it wasn’t easy at all to try to control that ball, put it down and score the way he’s done it.’