Arsenal boss Mikel Arteta dismissed Theo Walcott’s blast that he could ‘feel the fear’ in his former side as Southampton held the Gunners to a 1-1 draw. Walcott fired the Saints ahead in Wednesday’s Premier League clash at the Emirates, before Pierre-Emerick Aubameyang equalised as he ended his barren run in front of goal.

Arsenal then paid the price for poor discipline as Gabriel was sent off having been booked twice in four minutes.

The 10-man Gunners could only hold for a draw, which left them 15th in the table and still just five points above the drop zone.

Afterwards, Walcott delivered a damning indictment of his former side, insisting Southampton could sense they were there for the taking.

“I felt a lot of fear in Arsenal tonight, to be honest,” Walcott said. “They’re going through a very difficult time – credit to them they got the result tonight. 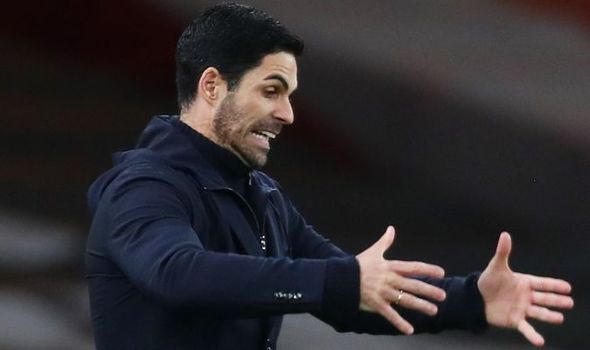 “But it shows how far we’ve come that we’re very disappointed to come away without the three points.

“We were going into this game with so much confidence, arrogance at times.”

Arteta defended his side’s mentality, saying whwtever Walcott had picked up on was just “his feeling”.

“He never mentioned that to me!” said the Gunners boss after the game. “If he said that, it is his feeling. 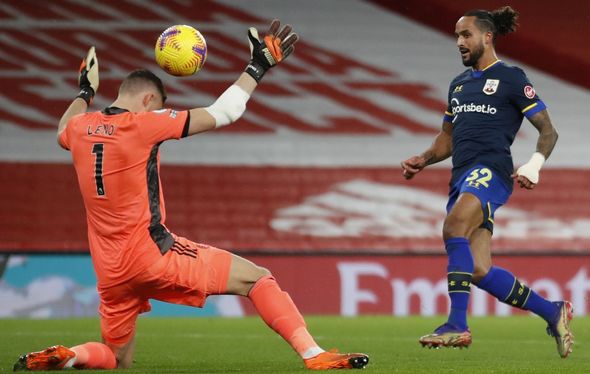 “The boys came out in the second half, we scored a really good goal, we were on top in the game, and again we shoot ourselves in the foot.”

Arteta said he was planning to haul Gabriel off after his first yellow card – but was thwarted by the centre-back’s ill-discipline as he was quickly booked a second time.

“I was very disappointed with the red card because in that moment I was thinking to change the centre-back straight away – we didn’t even have time to do that.

“In the end we got a point that considering the circumstances we have to accept.”

Arsenal face a tough trip to Everton on Saturday, after Carlo Ancelotti’s side beat Leicester 2-0 on Wednesday to move up to fifth in the table.