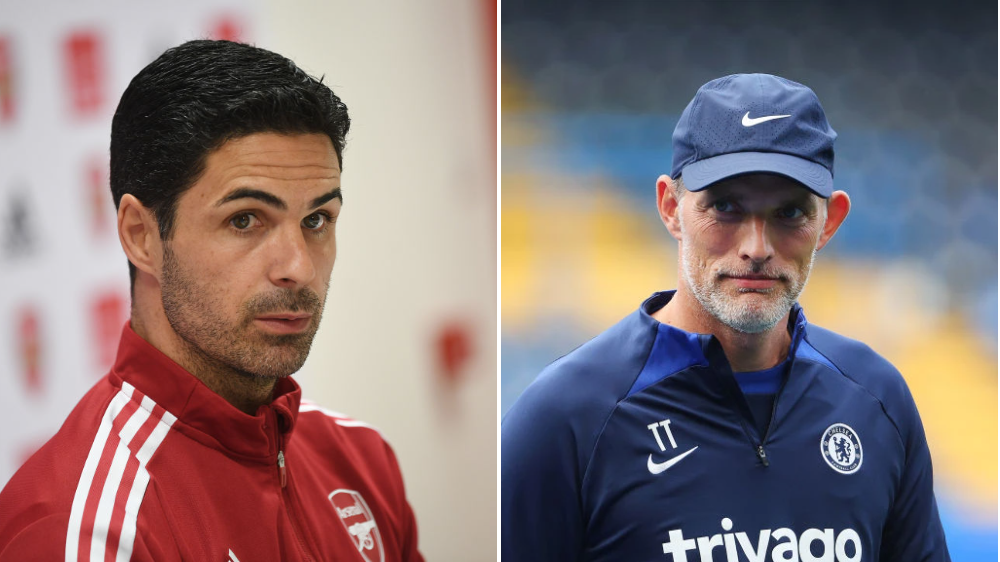 Arsenal boss Mikel Arteta admits he was ‘surprised’ by Thomas Tuchel’s sacking at Chelsea and has wished his colleague ‘the best of luck’ going forward following his departure from Stamford Bridge.

Chelsea owner Todd Boehly marked his 100th day in charge by sacking Tuchel, with a club statement saying the owners believed it was ‘the right time’ to make a change.

Tuchel lifted three trophies during his time in the Stamford Bridge hot-seat but had overseen an underwhelming start to the season.

Chelsea, who spent more than £250m on new signings over the summer, have failed to win half of their Premier League matches and were beaten by Dinamo Zagreb in their Champions League opener on Tuesday night.

Asked if he was surprised by Chelsea’s decision to sack Tuchel, Arsenal manager Arteta said: ‘I was – it was right before the training session when we got the news.

‘It’s always sad for any colleague in this profession to get fired. Unfortunately, we know how this works. I wish him the best of luck. It’s not pleasant to hear that news.’

Asked if Tuchel’s sacking makes him appreciate the stability he currently has at Arsenal, Arteta added: ‘What it makes me realise is what I always told you: that we have a profession that at some stage, this [can] happen.

‘We have to prevent it, enjoy the journey and enjoy every day, because you never know when that’s coming.’

Tuchel was appointed as Frank Lampard’s replacement at Chelsea in January 2021 and guided the Blues to their second Champions League trophy just four months later.

Tuchel, who won 60 of his 100 matches in charge of Chelsea, leaves with the club sixth in the Premier League, three points outside of the top-four places and five points behind early leaders Arsenal.

A statement from Chelsea read: ‘As the new ownership group reaches 100 days since taking over the club, and as it continues its hard work to take the club forward, the new owners believe it is the right time to make this transition.

‘On behalf of everyone at Chelsea FC, the club would like to place on record its gratitude to Thomas and his staff for all their efforts during their time with the club.

‘Thomas will rightly have a place in Chelsea’s history after winning the Champions League, the Super Cup and Club World Cup in his time here.’

Chelsea are currently in talks with Graham Potter about replacing Tuchel and hope to appoint the Brighton boss in the coming days.