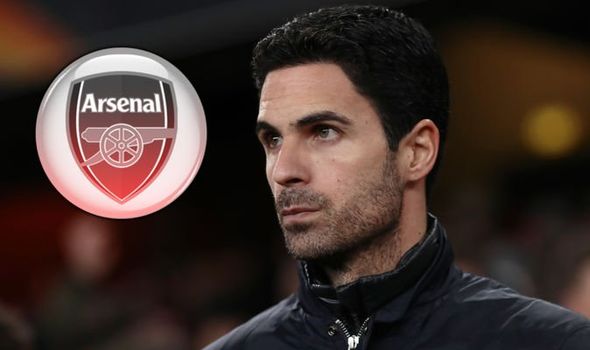 Arsenal need to sign another right-back and another pacey centre-back in the summer transfer window, believes former winger Adrian Clarke. The Gunners boss was only able to sign loanees in January, bringing in right-back Cedric Soares – out of contract at Southampton this summer – on loan while Pablo Mari joined in a similar six-month temporary deal from Flamengo.

Arsenal will be able to sign the two permanently this summer for a combined £8million and are widely expected to do so.

And Clarke is keen for Mikel Arteta to give Hector Bellerin more competition at right-back, which the addition of Cedric on a full-time basis would do, and sign a fleet-footed centre-half.

Arteta currently has David Luiz, Sokratis Papastathopoulos, Shkodran Mustafi, Rob Holding and the injured Calum Chambers as his main options in the centre of defence.

The north London club will add £27million teenager William Saliba to the ranks when the Frenchman joins up with the Arsenal squad after a year out on loan at Saint-Etienne. 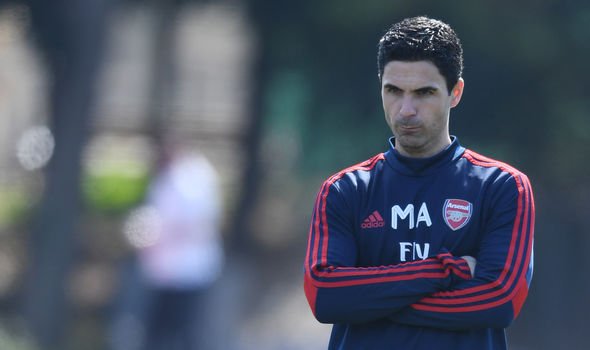 But Clarke thinks Arsenal still need another quick central defender on top of that, with Dayot Upamecano, John Stones and Chris Smalling among those linked to the Emirates.

However the ex-winger, who spent six seasons as a first-team player at Arsenal, does not believe another left-back is needed despite reported interest in a free transfer for Paris Saint-Germain’s Layvin Kurzawa.

“Right back, for sure,” Clarke told The Chronicles Of A Gunner podcast when asked what signings he thinks Arsenal need.

“I love Hector Bellerin as a character, he’s a really important person to have around and he’s a good player but right now he’s not quite as good as he was pre-injury.

“He’s still battling his way back and we hope that he will get there but even peak Bellerin is not a great defender. He’s a good footballer but not an outstanding defender.

“I think he needs competition at right-back. I think we’re sorted at left-back now with [Bukayo] Saka’s emergence, which has been incredible, just brilliant.

“With him and [Kieran] Tierney, I think we’re sorted there, that’s not an issue.

“I do feel that Arsenal have hung back from that lately, in terms of the intense pressing.

“The reason is, they can’t squeeze up as high as they want because they don’t have the speed at centre-half that they need, so definitely an athletic central defender will surely come on board.”

Clarke also wants to see some more athleticism in the middle of the park and added: “In midfield, I don’t think we’ve replaced [Aaron] Ramsey really.

“I think when you play with a lone striker, and it seems Arteta wants to, then it’s so important to have players joining in from deep. 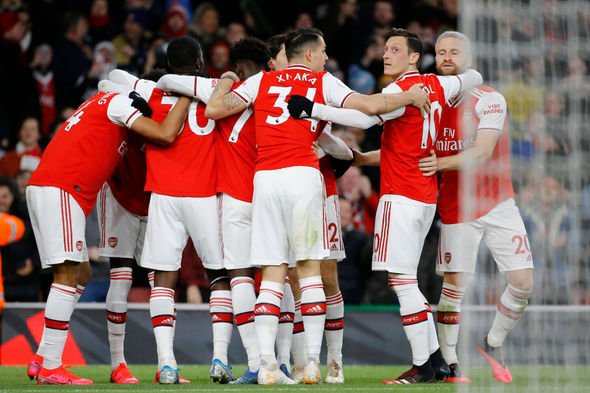 “At the moment, with the way the team’s set up, we kind of don’t need that to happen because [Pierre-Emerick] Aubameyang’s coming in from the left or [Gabriel] Martinelli and [Nicolas] Pepe sometimes does the same.

“But I feel when the balls in wide areas, I want to see a central midfielder join in, distracting defenders. You want someone who can finish, I played with David Platt, who was the master at ghosting into the box and scoring goals.

“Ramsey had that in his locker and we don’t really have someone like that now. That’s definitely a hole that needs filling.

“I think athleticism in general. At the moment [Granit] Xhaka and [Dani] Ceballos are in possession of the shirts, both really good passers, technically sound, but when play breaks down against the very elite, I don’t think any of us believe they’ve got that all-roundness of their game.

“On the ball no problem, off it, are they quick enough to cover those holes and to produce the defending that we need?

“Definitely athleticism throughout the midfield, a progressive midfielder and someone who is technical but can also defend and has those qualities.

“Beyond that, it depends who leaves. Hopefully there aren’t too many high-profile departures. I do think there will be changes but the way that Mikel plays, you’ve got to be looking at wingers and people who will go round the outside and make the difference.

“It’s quite a few areas to fill. No-one knows what’s going to happen with [Mesut] Ozil, [Alexandre] Lacazette, Aubameyang. I hope they stay but if they don’t we’ll obviously need to replace them.”

Wolves vs Man City prediction: How will Premier League fixture play out tonight?