Edu was spotted in the stand showing his displeasure at Arsenal’s performance against Southampton, with the Gunners trailing 1-0. His side were being passed off the park by the visitors in the first half of their Premier League encounter in north London, something that was clearly infuriating the Brazilian.

The pressure is mounting on Mikel Arteta and things were made worse when his former Arsenal team-mate Theo Walcott put the visitors in front.

Walcott raced onto Che Adams’ through ball and clipped the ball over the onrushing Bernd Leno.

Southampton were clearly full of confidence and dominated possession at the Emirates as they looked to double their lead.

The Prime Video cameras cut to the director’s box with around ten minutes to go into half-time and spotted a disgruntled Edu. 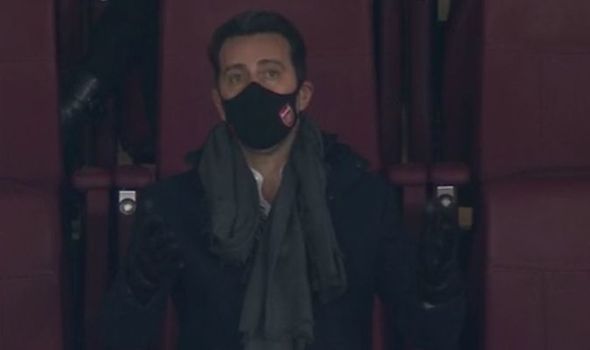 The technical director was clearly frustrated with his side’s performance, as they waisted possession on the touchline.

He could be seen in conversation with an associate before moving his hands around and shaking his head vigorously.

Speaking to reporters on Monday, Edu made it clear he is willing to continue backing Arteta and will not solely judge him on results.

“If we’re not talking about patience with Mikel. It would be very unfair to him because what a year we have faced: three months without football matches, a lot of things changing in the club.

“He started, stopped, and when he started to get an understanding of all the squad he stopped again.

“It would be really unfair to Mikel to say something about that because the year was so challenging for everyone but even more for Mikel, who had just arrived at the club.”

Arteta was seeking a reaction from his players, following the 1-0 defeat against Burnley. 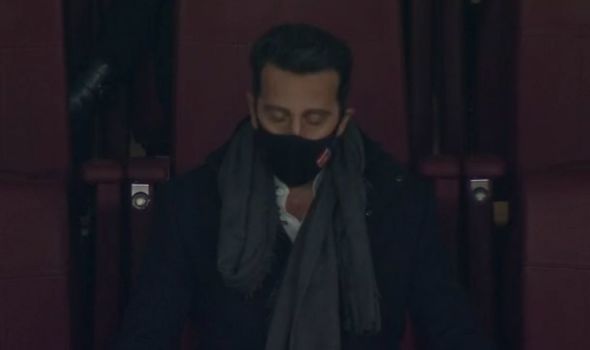 It was the club’s fourth Premier League home defeat in a row yet still, the players were not at the races against the Saints.

Ahead of the clash, Arteta said he would not shy away from the challenge ahead amid doubts over his long-term future: “I feel the pressure all the time.

“And we have to face it being brave, fighting and no-one giving up or anything because it is no time to hide.

“It’s time to put your face and your body on the line and at the moment, I’m sorry, but we have to take the bullets.

“We are not winning football matches and you have to put your chest there and hit me … you have the right to hit me because I’m not winning, so what else can I do?

“Put my head down, work harder and try to do things better and improve. It’s how we have to approach things, in my opinion. It’s natural, I accept it. It’s part of the job.”