Arsenal technical director Edu Gaspar has reportedly been spotted boarding a flight to Spain, sparking excitement from the club’s fans that another transfer could be in the works. The Gunners have already spent £120million this summer but the sight of Edu heading for Valencia on Sunday would suggest their business is far from being concluded.

The Arsenal supremo’s trip to Europe comes just hours after Arsenal swept aside Leicester 4-2 to make it two wins from two under Mikel Arteta, with his summer capture Gabriel Jesus scoring twice and assisting the other two goals.

Reports suggest that Edu is travelling to Valencia to hold talks with Villarreal over a deal for Spanish starlet Yeremy Pino. The 19-year-old is reportedly a target for Arteta as he looks to bring in a winger to replace Nicolas Pepe and Reiss Nelson.

The two locations are only 40 miles apart and the town that is home to Villarreal, similarly named Vila Real, is too small to have its own international airport. And it seems feasible that Edu would travel to the nearest airport before heading to the Estadio de las Ceramicas for negotiations over Pino. 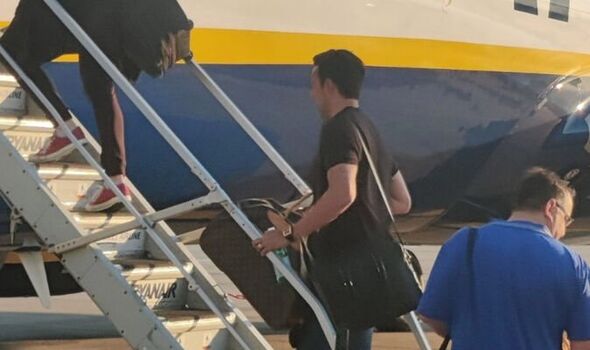 Arsenal have reportedly tabled a £33m bid to add the teenager to their already exciting ranks after he impressed for Villarreal, having broken into the team under former Arsenal boss Unai Emery last season. Pino  registered six goals and four assists in 21 starts in all competitions and helped Villarreal reach the Champions League semi-finals against the odds.

The Spain international is allowed to leave the club providing any interested party pays his £67m (€80m) release clause in full. However, it is understood the Yellow Submarine are prepared to accept a lower offer providing it meets their asking price.

Emery has admitted the club’s financial problems means they will be forced to cash in on their star names this summer, and Pino’s talent and age makes him one of their most valuable assets.