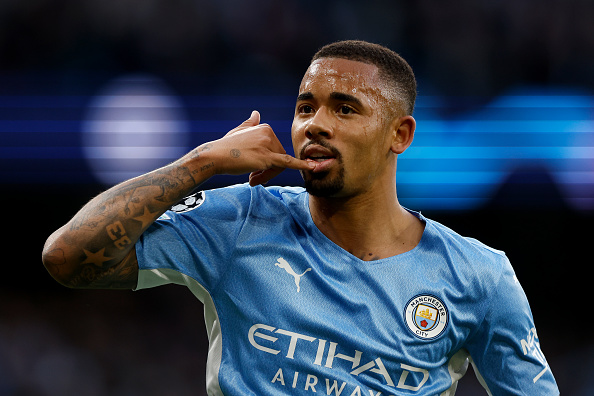 Arsenal expect to sign Manchester City forward Gabriel Jesus in a deal worth just below the Brazilian’s £50million price tag.

The Gunners are now convinced that they have seen of competition from Real Madrid and Chelsea for Jesus after he intimated his desire was to work with Mikel Arteta once again.

The Gunners have made signing a striker their number one priority this summer after Alexandre Lacazette’s departure to Lyon.

The Premier League champions had been seeking £50m for the Brazil international but the Times say Arsenal are now prepared to offer just below that valuation and are closing in on a deal.

Jesus will become Arsenal’s first significant move of the summer and landing him would be a huge coup given the competition for his signature.

Arsenal had feared their failure to land Champions League football would scupper a move for Jesus but the forward has shown a desire to work with Arteta again, following the Spaniard’s three-year stint as Guardiola’s assistant at the Etihad.

Jesus was already minded to leave the club this summer given his reluctance to extend his contract, which expires in 2023.

But City’s deal for Erling Haaland convinced him that his future lies elsewhere and Arsenal look set to benefit.

Once Jesus is through the door, Arsenal will look to strengthen in midfield with Leicester CIty’s Youri Tielemans a leading target.