Arsenal have confirmed that Rob Holding has signed a new three-year contract with the option for a further year following an impressive 12 months.

The centre-back has become a regular under Mikel Arteta this season and played 18 times in all competitions – the same total he managed throughout the whole of the 2019-20 campaign.

Arteta told the club’s official website: ‘Since I started as manager, I have been hugely impressed with Rob’s contribution to the club and the dressing room, on and off the pitch. 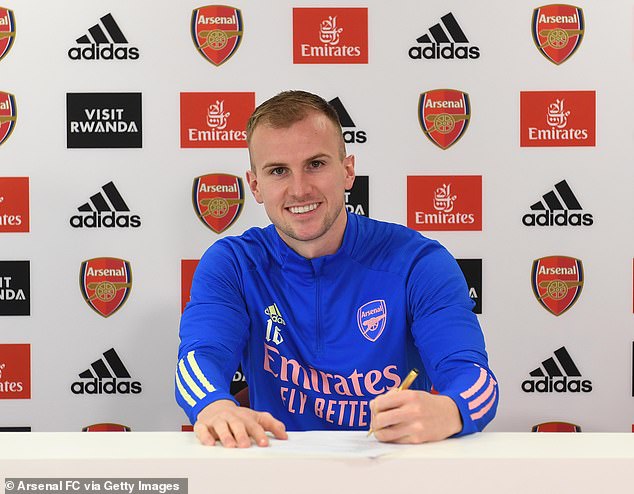 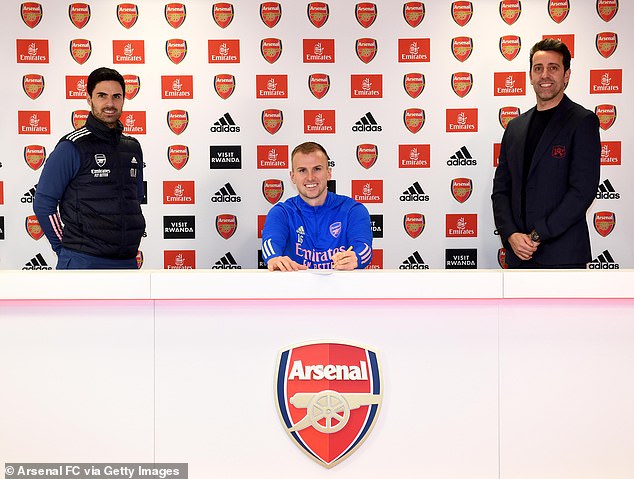 ‘We are all very happy that Rob has signed a new contract, he is very popular with all the players and staff and we’re looking forward to watching him continue to grow with us in the coming years.’

Technical director Edu also praised Holding. He said: ‘He is 25-years-old so is still coming into the peak of his career and we are delighted that he’ll be with us during these important years.’ 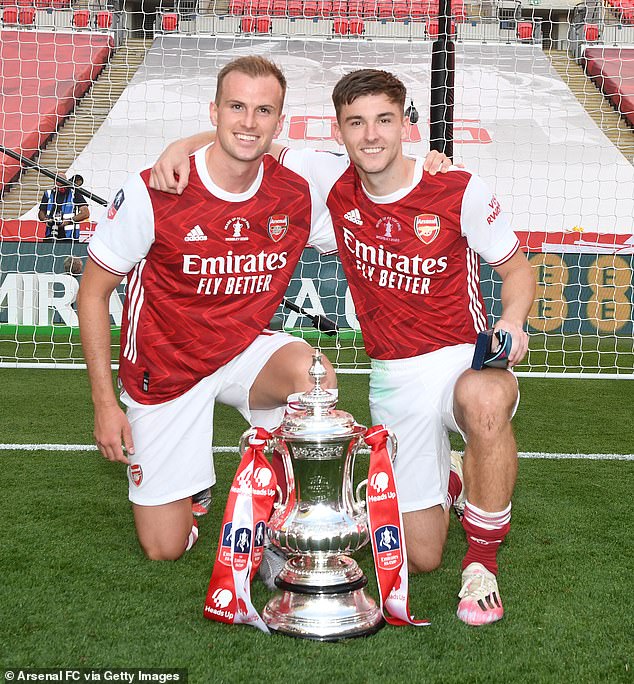 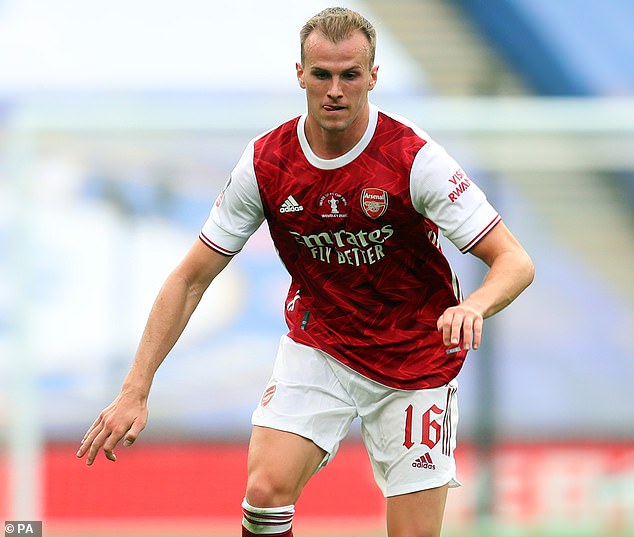 The defender has featured prominently for Arsenal this season, becoming a regular in the side

Holding was close to joining Newcastle on loan last summer but Arteta prevented the move from taking place.

Since joining Arsenal from Bolton Wanderers in 2016 Holding has made 96 appearances for the Gunners.

He played for Arsenal in the 2017 and 2020 FA Cup finals, helping his side to beat Chelsea on both occasions.

In December 2018 Holding suffered a ruptured anterior cruciate ligament during a draw against Manchester United and didn’t return to action until September 2019.

A former England Under-21 international, he has yet to be called up by the Three Lions at senior level.