Arsenal blame a split dressing room on the struggles of Mikel Arteta, according to reports. The Spaniard is under huge pressure in the wake of his side’s 2-1 defeat to Everton on Saturday. The Gunners have clocked up just 14 points from their opening 14 Premier League matches this term.

Arsenal lost 2-1 to Everton on Saturday, with a Rob Holding own goal and Yerry Mina strike giving the Toffees all three points.

For Arteta, however, it was yet another blow.

The Arsenal boss has overseen a nightmare start to a campaign that promised so much when they won the FA Cup and Community Shield titles earlier in the year.

The Mirror say Arsenal won’t be sacking Arteta just yet, with the Gunners eager to give the 38-year-old time to turn things around.

But they claim that members of the north London giants’ hierarchy believe a split dressing room is contributing to their current woes.

The majority of Arsenal players like Arteta, even if they find him a little intense. 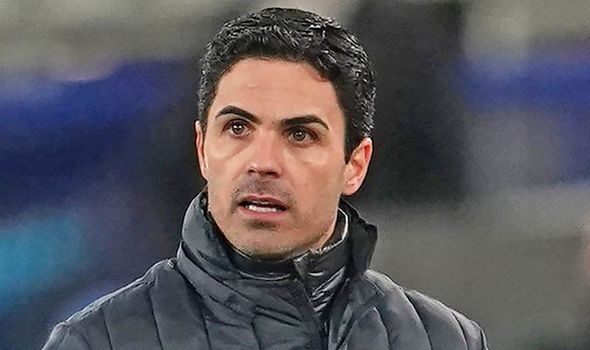 But there are some who are unhappy at the decision to leave Mesut Ozil and Sokratis Papastathopoulos out of their Premier League and Europa League squads, with both stars popular within the dressing room.

Members of the squad are far from satisfied as the decision to start Willian most weeks, with the Brazil international toiling following his summer arrival from Chelsea.

But with the majority of the team behind Arteta, it seems he’s set to stay in charge for a little while longer.

Arteta cut a defensive figure after the match against Everton and insisted Arsenal, for the most part, deserved more points to their name on the Premier League table.

He told talkSPORT: “The first thing we have to do, is the things we can control make them better.

“There are things we haven’t done lately when we’ve played with ten men with situations we generate we don’t score. 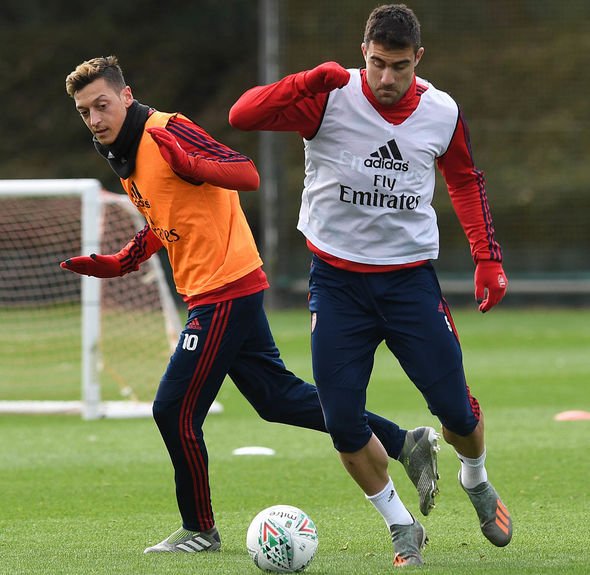 “Normally when a team is in this position it is battered every week and it’s not the case.

“We’ve been better than the opponent every single week but we are not winning football matches, so we have to realise that.

“I don’t want to feel sorry for ourselves. It is what it is. It’s the fight we have to take in front of us and the challenge.

“It’s not about so many things that have happened as that’s not going to make us better.

“The group is really disappointed in the way we lost the game because they have real belief we could come here and turn things around tonight and the effort, passion and commitment was without question of a doubt.”

“We scored an own goal and conceded from a set piece. We worked on it but obviously they are good at doing (it).

“When we generated the chances, a lot of situations at the end ended up in chances.

“At the end, it’s the last pass, the last dribble, the last shot and what we need is a bit of luck. We hit the bar.

“Last week, we lost against Burnley without conceding a single shot on target from the opponent.

“In the last few weeks we’ve lost games where we were better than the opponents but this is football and it’s happening too often.”

Liverpool vs Arsenal live stream: How to watch Carabao Cup fixture online and on TV tonight