Arsenal fans believe Atletico Madrid midfielder Thomas Partey may have hinted that he wants to join the Gunners after he liked a tweet which was sent by one of their supporters.

Arsenal have been chasing Partey all summer as Mikel Arteta wants to add a world-class midfielder to his ranks.

The north Londoners have already done some excellent business this summer with the arrival of Willian and Gabriel Magalhaes, while Dani Cabellos has rejoined for a second loan spell.

Atletico have reportedly turned down two Arsenal bids for Partey this window and are expecting a third.

The Ghana international has a £45million release clause and the La Liga outfit insist they will not negotiate a lower fee.

However, there may have been a hint that Partey wants to move to the Emirates Stadium. 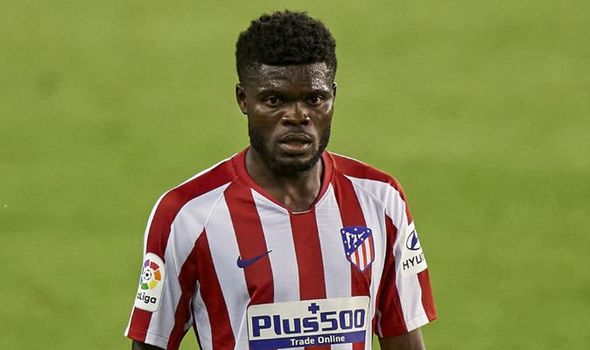 Goal posted a tweet which read: “Thomas Partey is going to be a star.”

And one Twitter user, who has an Arsenal badge as his profile picture, quote tweeted it with the comment: “Going to be? He’s already a star.”

Partey liked the fan’s tweet and that sparked a frenzy among Gunners supporters.

Another added: “Welcome to Arsenal @Thomaspartey22.”

While a third person wrote: “Partey liked this (fire emoji).”

And a further user commented: “He liked this tweet dub huge duuub.”

“You’ve brought [William] Saliba in, you hopefully get Ceballos back in,” Campbell told Stadium Astro. 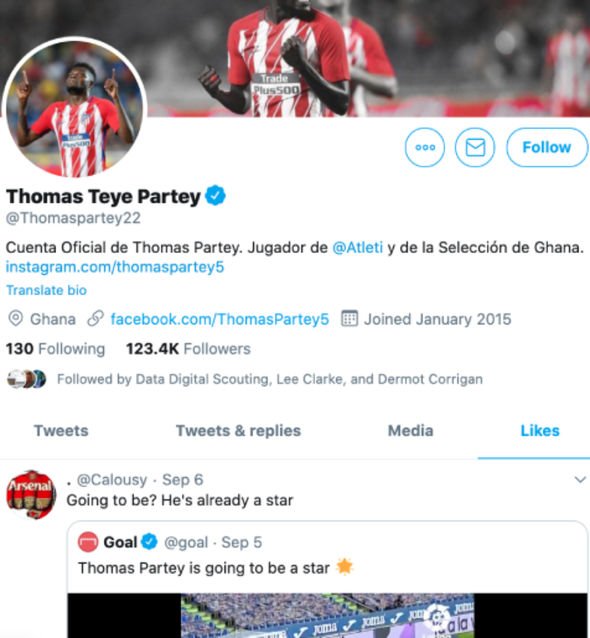 “You need a Thomas Partey back in that midfield for it to be a defensive rock. They might even get that Diawara from Roma as well.

“Now you’re talking you’ve got potentially two screens for that back four, Gabriel I think is going to be a key player if they can get that across the line.

“When it’s open season and you’re attacking teams, that’s when Arsenal are usually at their most vulnerable because they don’t have the legs when attackers run in behind off a breakdown.”