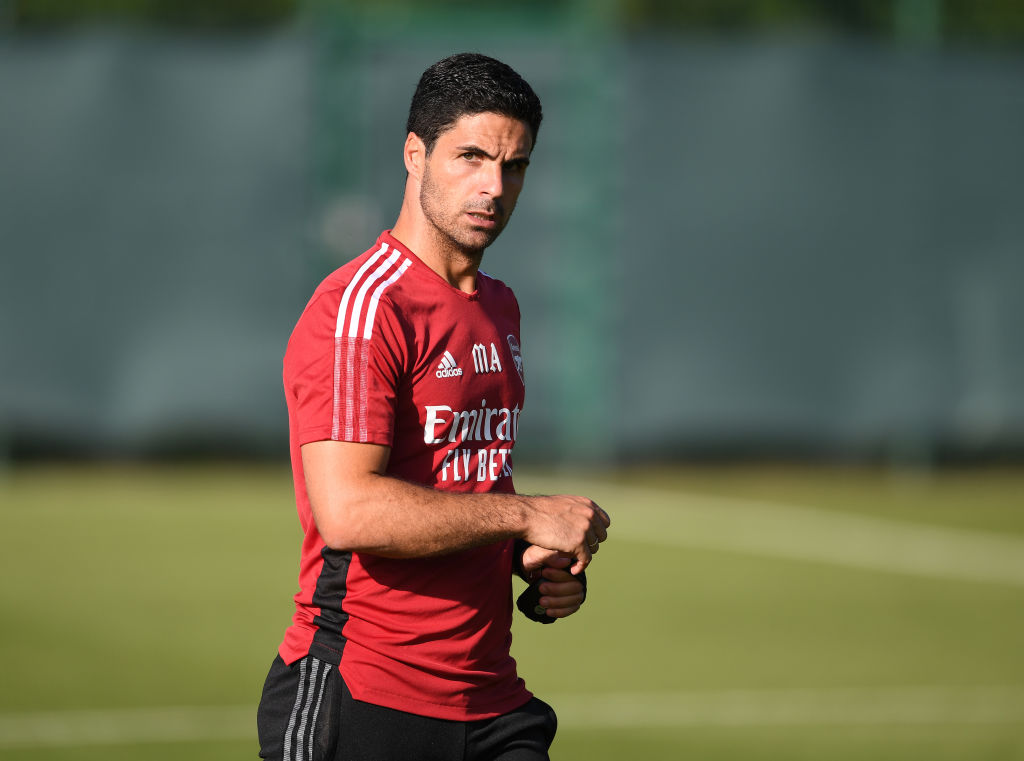 Arsenal beat Millwall 4-1 on Saturday in a friendly at their London Colney training ground, securing their first win of pre-season after a tricky trip to Scotland.

The Gunners were due to fly out to America for the Florida Cup, but after a number of positive Covid test results around the club, they cancelled those plans.

Instead they quickly organised a friendly with their fellow London club and picked up an encouraging win after a defeat to Hibs and draw with Rangers north of the border.

Pepe got on the score sheet, as did Callum Chambers, while Folarin Balogun and Alexandre Lacazette came off the bench to also score.

Pepe got on the score sheet, as did Callum Chambers, while Folarin Balogun and Alexandre Lacazette came off the bench to also score.

Arthur Okonkwo started in goal for Arteta’s side, with a back four of Chambers, Rob Holding, Pablo Mari and Tierney.

Partey and Mohamed Elneny were in midfield, with Pepe, Smith Rowe and Eddie Nketiah behind Aubameyang.

There was a big worry for Arsenal in the first half when Aubameyang went down in pain off the ball and stayed down for some time.

However, after lengthy treatment, the Gunners captain recovered and didn’t need to be taken off.

Arsenal have friendlies against Chelsea (1 August) and Tottenham (8 August) scheduled before travelling to face Brentford in their Premier League opener on 13 August.