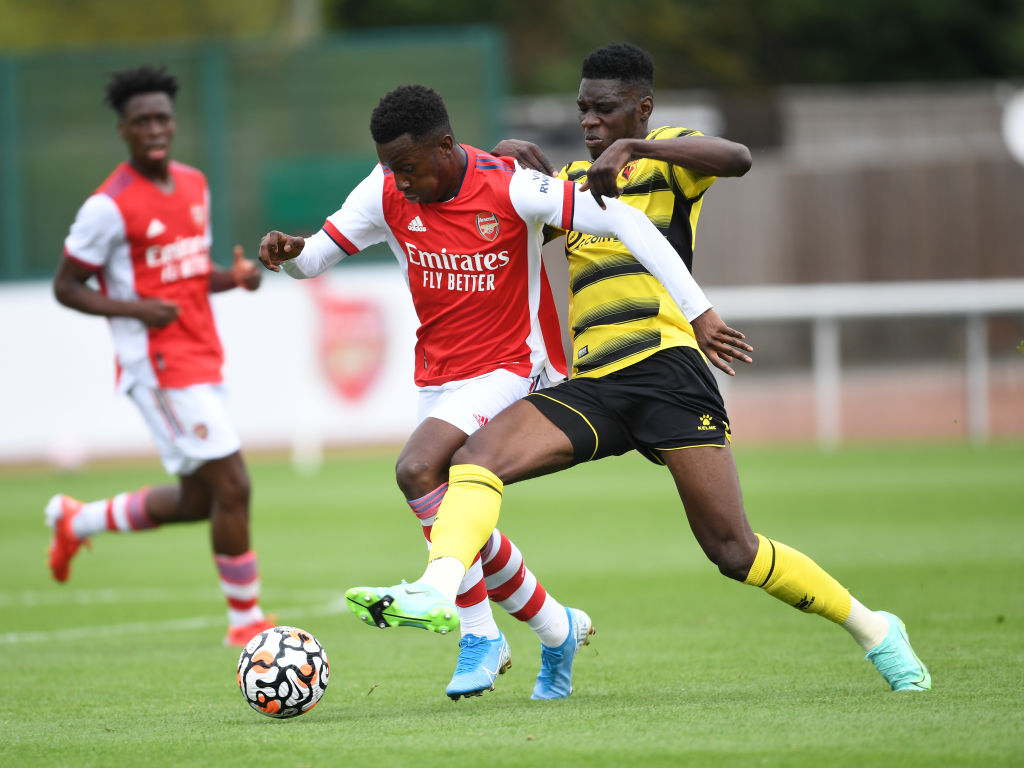 Arsenal picked up an encouraging 4-1 win over newly-promoted Watford in a pre-season friendly on Wednesday, fielding a strong side at London Colney.

New signings Nuno Tavares and Sambi Lokonga started the match, with Bernd Leno back in goal and a front four of Reiss Nelson, Willian, Eddie Nketiah and Pierre-Emerick Aubameyang.

It was only one of the starting XI who scored, though, with Nketiah opening the scoring with a superb effort 15 minutes into the contest.

Philip Zinckernagel equalised for the Hornets on 34 minutes after Mohamed Elneny got caught in possession inside his own penalty box. A not unfamiliar story for Arsenal under Mikel Arteta.

However, the Spaniard mixed things up at half-time and the Gunners dominated the second half, scoring three goals without response.

The half-time substitutions saw the likes of Hector Bellerin, Kieran Tierney, Rob Holding, Thomas Partey, Nicolas Pepe and Alexandre Lacazette come on, with Arteta showing off his strength in depth.

It wasn’t until 70 minutes that Arsenal took the lead again, though, when Lacazette was felled in the box and converted the penalty himself.

Tierney popped up in an advanced position seven minutes later to make it 3-1 and it was a much less well-known name who rounded off the scoring with five minutes to go.

Miguel Azeez, an 18-year-old midfielder, came on in the second half and curled in a cracking effort from outside the box to complete a comprehensive win.

The teenager reacted on Twitter after the match, writing: ‘Minutes in the legs and a goal today!’

Minutes in the legs and a goal today! @Arsenal pic.twitter.com/ZWEf4afbou

The central midfielder, who has played for England at Under-18 level, is highly rated at Arsenal and expected to be more involved in the first team this season.