Arsenal boss Mikel Arteta is exploring the market for a striker and the Gunners have been handed a boost in their pursuit of Celtic star Odsonne Edouard. The forward has been tipped to be sold by the Hoops, so they can use the money to sign two new players.

That is the opinion of former Aberdeen and Leeds forward Noel Whelan.

He thinks if Celtic can get “big money” from selling Edouard then the funds can be reinvested into the squad to sign a goalkeeper and a replacement striker.

Celtic chiefs are aware of the growing interest in their main striker and as a result, are keen to tie down the 22-year-old to a new contract.

Top clubs across Europe, including Arsenal, are interested in Edouard, as the young striker continues to demonstrate his goalscoring abilities. 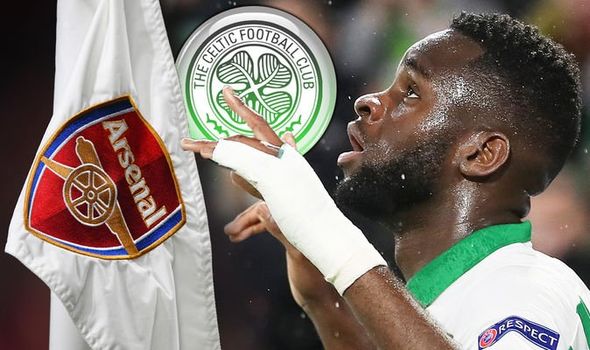 This season the striker has scored 27 goals and has provided 27 assists in 45 appearances in all competitions.

However, according to French publication Le10Sport, Arsenal face competition from Everon and RB Leipzig, with Celtic looking for a fee of around £35million for the striker.

“It is a lot of money for Celtic. But, if they sell Edouard for big money then there is an opportunity to get the goalkeeper and another striker,” Whelan told Football Insider.

“Their scouting network is going to have to get straight to work but they have always been good with their recruitment.”

Whelan believes Celtic would use this money to sign keeper Fraser Forster from Southampton as well as signing a replacement for Edouard.

The Saints have dropped their asking price for the England keeper and the 32-year-old is now valued at just £10m.

“I think they have got to think long and hard about it,” Whelan said about Celtic signing Forster.

“I think another loan deal is on the cards if he is not going to be used at Southampton. That would work for both clubs. There are many options there.” 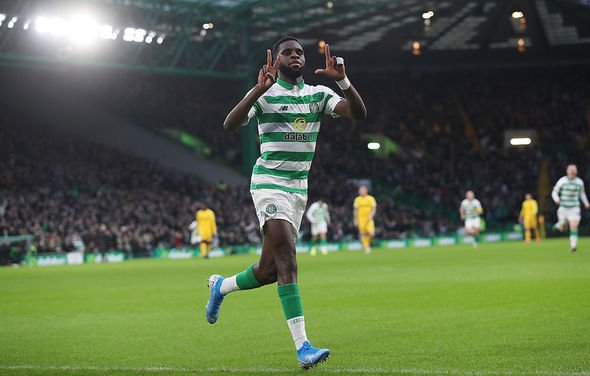 As for Edouard, last month he insisted he is currently focused on securing another title for Celtic when the season resumes and will focus on his future after that.

“I would like to become the best striker in the world,” Edouard said.

“One of the best strikers anyway. I don’t know when that will happen. I live day to day and I enjoy my life. We will see in time.

“Today I’m at Celtic, I have two years left on my contract, I’m very happy here and I enjoy myself.

“For now, there are still two years on my contract, and I am more focused on the five months that we have left for the rest of this season and the two titles we are competing for.

“And then we’ll see what happens after.”

Is Liverpool vs Norwich on TV tonight? Kick-off time, channel and how to watch FA Cup fixture

Williamson is USMNT’s late bloomer making up for lost time