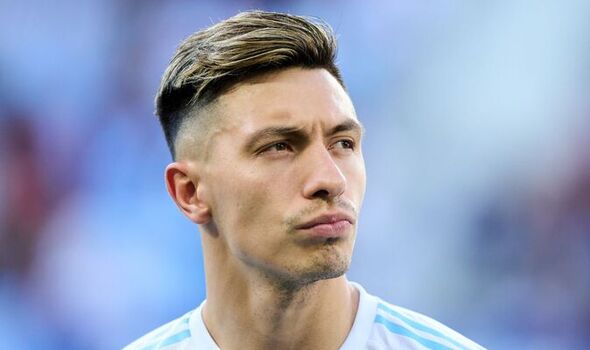 Arsenal have made enquiries for Ajax centre-back Lisandro Martinez this summer, according to reports. The Gunners are now beginning to ramp up their transfer business and they remain open-minded about the idea of signing further defensive reinforcements ahead of the 2022/23 season.

There’s an appreciation that Arsenal’s lack of quality in reserve ultimately proved costly in their pursuit of a top-four finish last season.

Ben White was forced to play through the pain barrier, while Takehiro Tomiyasu missed a large percentage of the campaign with a persistent calf problem.

William Saliba is set to return to north London following an excellent loan spell with Marseille though and Mikel Arteta wants to keep him in the Arsenal first-team next season.

Meanwhile, The Athletic are reporting that Arsenal have made tentative enquiries for Erik ten Hag’s former Ajax favourite Martinez though, who has emerged as a transfer possibility for both Manchester United and Barcelona in recent months.

The 24-year-old has come on leaps and bounds under his former manager in Amsterdam and is now expected to feature for Argentina at November’s World Cup in Qatar.

He featured 24 times in the Eredivisie last season to help Ajax win the title ahead of rivals PSV Eindhoven.

Martinez penned a new long-term contract with Ajax last September that will keep him in Amsterdam until 2025.

But reports suggest Ajax would be willing to entertain offers for his services, although it’s unclear whether that was the message that’s been relayed to Arsenal.

Arsenal boss Arteta has already been clear that he intends to keep Saliba next season, which will hasten the need to sign a new central defender.

“He has to come back. He has the experience and the environment necessary to be competitive with us,” said the Spaniard.

“If he had stayed with us this year, with a match of Premier League a week, with Ben White and Gabriel, he wouldn’t have had half the playing time he had with Marseille, that’s for sure. For his growth and what he can do next season that wouldn’t have been good.

“William wasn’t with us because he wouldn’t have had the playing time to gain experience. That’s it, there’s nothing else.”

Arsenal defender Gabriel has also been attracting interest from Barcelona and Juventus.

But the Brazilian is more than happy to stay at the Emirates as part of his bid to consolidate his place in Tite’s World Cup squad.

There could be plenty of movement in terms of outings as Arsenal begin to intensify their pursuit of new recruits following the £30m capture of Fabio Vieira.