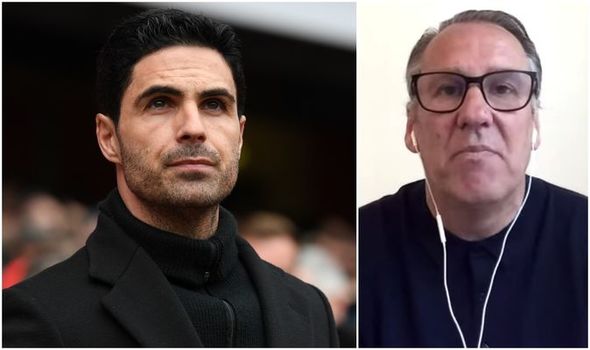 Arsenal hero Paul Merson doubts that Mikel Arteta will be able to win titles and major trophies with the Gunners because of their defensive frailties – despite a questionable back-line having kept seven clean sheets in his first 15 games under him.

The former Gunners attacker is still backing the Spaniard to do a better job than his predecessor Unai Emery – but doubts whether he can get the team back to the heady days of the peak of Arsene Wenger’s tenure.

Arteta has seen Arsenal concede just 12 goals in 15 games, conceding two or more in only three of those matches.

In the 15 games preceding the Spaniard’s December appointment, however, Arsenal had kept one clean sheet, conceded 28 times and leaked two or more in a game 10 times.

It is widely acknowledged that the north London club need to restructure their defence, with high hopes over the incoming William Saliba.

But Merson is still not convinced enough by Arteta’s immediate impact – despite the promise the 38-year-old has shown in the hotseat – to believe that they can go as far as contending for the title again in the coming seasons. 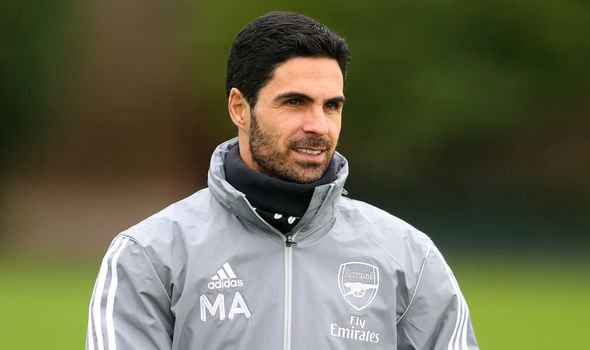 Asked on Sky Sports’ The Football Show whether the club could return to the top under Arteta, he said: “Even if Pep Guardiola was in charge – no. I don’t at the moment.

“I like Arteta, I really do, he will do better than the last manager [Unai Emery].

“I don’t know any team that’s ever won anything that can’t defend. If you can’t defend, you’re not going to win anything.

“You can’t keep on scoring three goals every game to nick a point or just win a game. Until he tightens that up, they will be a million miles off.

“It will be a slow, slow journey back for Arsenal.”

Similarly, Jamie Redknapp said: “It’s all about the players.

“I like what he [Arteta] is doing, he knows the game inside out and he has worked with the best manager in terms of producing players and working with great players.

“But he hasn’t got great players at Arsenal, it will take a long time, it will take investment and the current climate doesn’t help. 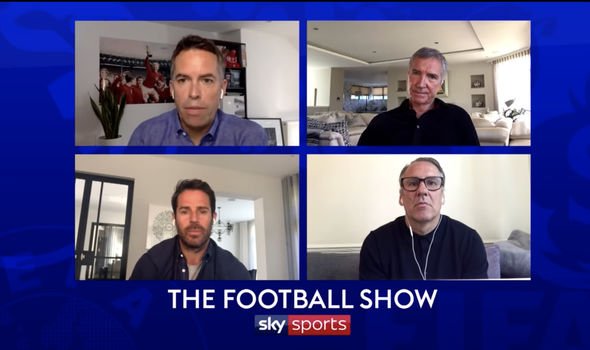 “He made a positive impact when he first come but he needs better players, it’s as simple as that. They keep making bad defensive errors and he can’t change that.”

Speaking out on how he has been making the most of the Premier League’s current enforced break, Arteta said last week: “We have to try to use this time, as I mentioned before, to try to get to know each other as well, but we have to develop professionally.

“There are a few aspects that I want to improve, change or develop, and individually they are different for each other.

“So I put a plan for each player of the areas that we believe they can improve in, but as well, bringing confidence to all the things that they do right, that they have to try to maintain and keep, that are really relevant for the team and the way we play.

“And to make an emphasis as well on the way we behave, maintain our culture and make sure we are looking after the people around us that we really care about, who we are working with, and make them realise as well how lucky we are to work in the environment and the world and the context that we are all in on a daily basis.

“There are so many, but I like to dissect the game in different aspects. But we’re going through individually with them on those three big aspects but then we are putting each together and we are putting parts of games for the players to analyse individually.

“After that, they have to find the solution, they have to tell what they did wrong or right and why this scenario happened and if they could have avoided that before it actually happened.

“It’s a lot of things and the feedback has been really good. And after, the way they have been processing the information for the next one, has been superb.

“And with some of the young players, I’ve been very, very impressed with them.”

Abramovich pushed for Havertz deal and he is FINALLY flourishing