Arsenal: Club urged to back Arteta amid struggles

Arsenal legend David Season thinks technical director Edu should not yet swing the axe on Mikel Arteta’s time in charge of the Gunners, despite the club languishing in 15th place in the Premier League table.

Arsenal snatched a point against Southampton last night to put an end to their three-match losing streak.

However, the north Londoners are still some way off challenging for the European places and fans are growing uneasy with recent results.

Pressure is mounting on Arteta to quickly turn his side’s fortunes around before they are dragged into a relegation dogfight.

Edu may be forced to make a decision soon if form does not improve.

But Seaman wants Arsenal’s technical director to give the manager time to build his own squad. 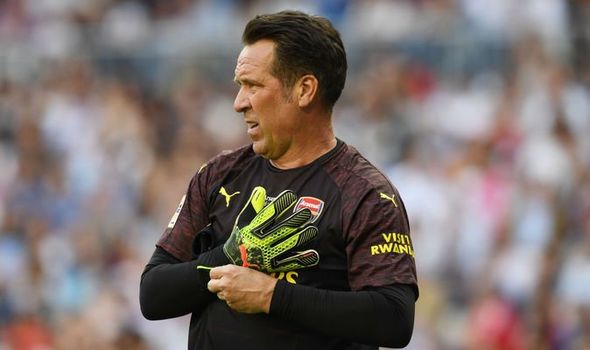 “I see him on the sidelines, I see him speaking and I know people at the training ground and they tell me his coaching techniques are fantastic,” Seaman told talkSPORT.

“A lot of that team was under Arsene Wenger and Unai Emery. So he hasn’t got his own team yet.

“The club needs to back him on that because we can all see we still need players.

“We’ve got Gabriel, okay he was stupid last night [his sending off meant Arsenal ended with ten men against Southampton] but he looked uncomfortable all game if I’m honest.

“Then we got [Thomas] Partey and we need to add to that.”

One of Arsenal’s major problems this season has been the lack of chances they have created.

Only Sheffield United, West Brom and Burnley – the Premier League’s bottom three sides – have scored less goals than the Gunners.

Club captain Pierre-Emerick Aubameyang ended a barren goal drought which stretched back to July when he netted the equaliser against the Saints yesterday.

Seaman reckons Arteta must stop playing the Gabon international out wide if he is to unlock his best form. 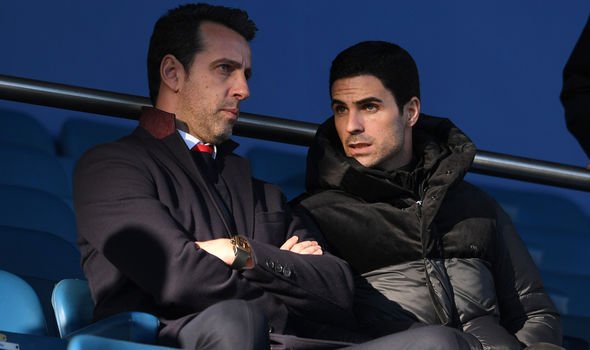 “I’m seeing Aubameyang out on the wing, which for me doesn’t work,” Seaman added.

“I’d much prefer him through the middle. We saw with his goal last night, he picked the ball up in the area and slotted it in.

“You wouldn’t have believed he’d been on a [five-match] goal drought.”