Arsenal: Analysing the transformation under Arteta

Arsenal have announced Shkodran Mustafi’s departure to Schalke on social media with a goodbye message for the centre-back. Mustafi had fallen out of favour under Mikel Arteta last summer with the defender told that he was no longer needed.

Mustafi was unable to find a new club at the start of the season though and he subsequently struggled for regular game time.

With his contract running out at the end of the campaign, Mustafi could have waited until he became a free agent to look at all his options.

But reports throughout January linked the Germany international with a move away from the Emirates before the deadline.

Liverpool had emerged as contenders to sign Mustafi with Jurgen Klopp desperate to bring in defence cover. 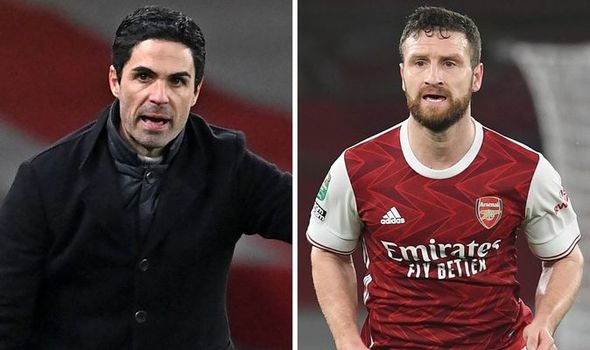 Mustafi was their preferred option to come in and take Kabak’s place and the necessary paperwork has since been completed.

Liverpool announced the capture of Kabak on a short-term loan in the final hours of the transfer window.

And not long after, Arsenal said their goodbyes to Mustafi who has joined Schalke on a permanent deal.

They took to Instagram to post a series of photos of Mustafi in action, including holding the FA Cup trophy from last season.

The caption read: “Thank you and good luck, Musti.”

Mustafi made over 100 appearances for Arsenal, joining the club from Valencia back in 2016.

He was a regular at the back for the Gunners before Arteta’s arrivel over a year ago.