Dominik Szoboszlai has completed his move to RB Leipzig from sister club Red Bull Salzburg with the midfielder joining in January after signing a four-and-a-half year deal.

The 20-year-old Hungary international is one of the most promising young talents in European football and had a host of suitors, including Arsenal and Tottenham, after bursting onto the scene at the Austrian side in the past two years.

But Szoboszlai has warded off any interest from the Premier League and has opted to move to the Bundesliga for last season’s Champions League semi-finalists Leipzig, with the club tweeting on Thursday afternoon: ‘Welcome to Leipzig, Dominik!’ 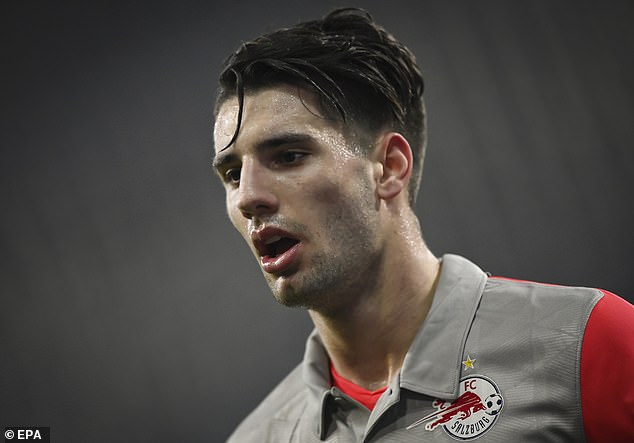 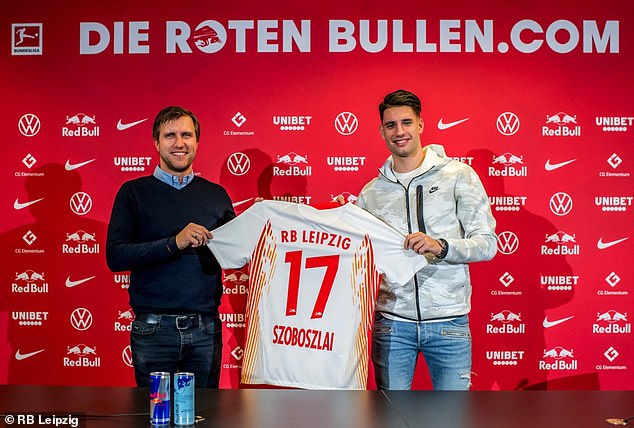 Crucially, he will be available to Leipzig for their Champions League last-16 tie against Liverpool in the new year – he will wear the number 17 shirt at his new club.

Szoboszlai becomes the latest in a long line of players to have made the move from the two Red Bull clubs, including stars such as Naby Keita and Dayot Upamecano.

As well as Arsenal and Tottenham, Real Madrid also reportedly held an interest in Szoboszlai, but he will play under Julian Nagelsmann and could make his debut on January 9 against Borussia Dortmund in the Bundesliga.

‘I’m very pleased that this transfer has been completed,’ Szoboszlai said.

‘The club has developed fantastically. It is among the best teams in the Bundesliga and is also doing well in the Champions League. This step is perfect for my development. 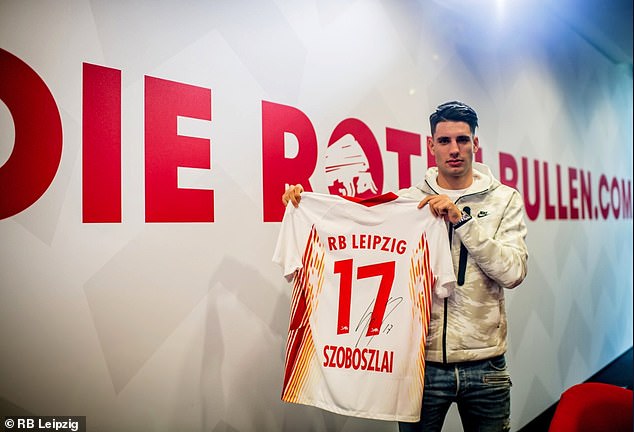 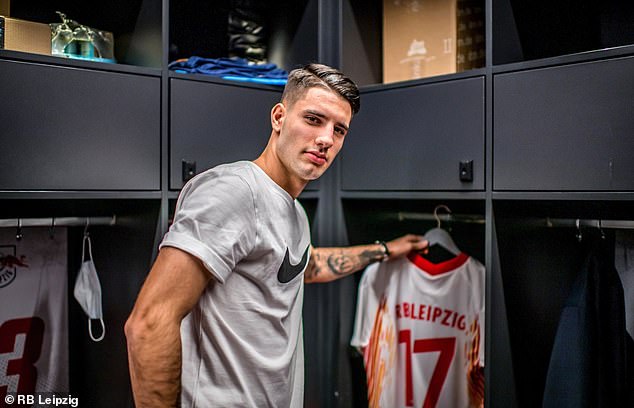 ‘I’m coming to Leipzig to work under a top coach and in an extremely ambitious team, that is very young but also has a lot of experience and has been able to celebrate success. Here, I’ll be able to continue my development incredibly and I want to help the club to continue its success in 2021.’

Szoboszlai made 82 appearances for Salzburg despite being just 20, scoring 26 goals in all competitions – he has also recorded 10 caps for the Hungarian national team, scoring twice.

The midfielder made his debut at the age of 17 in May 2018 and scored on his Champions League debut last season in the 6-2 win against Genk, a match famous for fellow youngster Erling Haaland’s hat-trick.