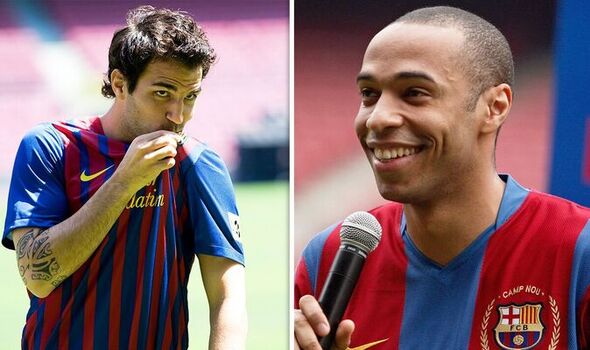 Arsenal chiefs need to avoid losing another star to Barcelona. Charlie Patino is reportedly attracting interest from the La Liga giants but the Gunners cannot afford to let him go.

Patino burst onto the scene with a debut goal in a Carabao Cup win over Sunderland last December. The midfielder, then 18, made his full debut in the FA Cup third round loss at Nottingham Forest a couple of weeks later.

It was perhaps too early to expect him to earn a regular spot under Mikel Arteta and he didn’t feature for the remainder of the campaign. A loan was decided to be the best option for a player highly regarded as one of the best to come out of the club’s academy for many years.

Patino has impressed in the Championship with Blackpool this season, with Arsenal fans keen to keep an eye on his progress. But they will not be happy to hear doubts over his future at his parent club.

The Athletic claimed in October that Patino’s contract expires next summer, although the club have a two-year option to extend it. However, there is an unknown deadline coming up where they have to activate it by.

And now interest from Barca is only going to put more pressure on the north Londoners. Italian outlet Calcio Mercato claims Barca are keeping an eye on Patino’s situation.

Arsenal could easily resolve matters by activating the two-year option. But they could also weigh up offering Patino a new deal entirely, extending both his time at the club and his salary.

That decision must be made soon or Barca may come knocking. Patino’s father is Spanish and his childhood hero was the Barca legend Andres Iniesta.

Arsenal have lost a lot of players to Barca in the past and won’t want to be in that position again. Cesc Fabregas left in his prime in 2011, four years after club-record goalscorer Thierry Henry moved to the Nou Camp.

Those aren’t the only two to have made the move from Arsenal to Barca. Alexander Hleb (2008), Alex Song (2012) and Thomas Vermaelen (2014) followed the same path, and going either further back, both Emmanuel Petit and Marc Overmars did the same in 2000, with Sylvinho joining a year later and Giovanni van Bronckhorst in 2004.

The most recent examples are Pierre-Emerick Aubameyang in January and Hector Bellerin on deadline day this summer. But perhaps the departure of Patino would be the hardest felt in the long run, with the starlet having only turned 19 last month.

Chelsea relieved with the news of Wesley Fofana's knee injury