Former Premier League midfielder Lee Sharpe believes that the Arsenal board should stick with current boss Mikel Arteta – and has listed four reasons why. The Spaniard has come under pressure from some Arsenal fans, with the Gunners currently sat ninth in the league.

However, Sharpe, who played for the likes of Manchester United, Leeds and Bradford, says that Arsenal owner Stan Kroenke should stick with the Spaniard to avoid any more upheaval at the club.

“If Arteta gets sacked, who do Arsenal bring in, and do they create better results? I’m not too sure,” Sharpe told GentingBet.

“I think the Arsenal situation is not something that’s happened overnight, I think it’s happened since Arsene Wenger’s left – Manchester United have been through a similar thing since Alex Ferguson left.

“They’ve just not got it right. The best thing to do would be to give Arteta time.

“I don’t know him personally, but I think his experience of working with Pep, I think the way he played the game – he’s a knowledgeable man, he’s an intellectual man, he’s a football man.” 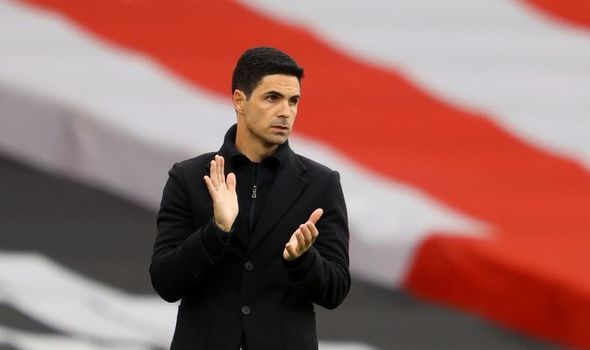 Arteta was brought to the club from Manchester City in 2019, having formerly been Pep Guardiola’s assistant for three years.

He won two Premier Leagues and three domestic cups during his time at the Etihad Stadium alongside the former Barcelona boss.

Having recorded an eighth-place finish and an FA Cup victory in his first season at Arsenal last year, the former Gunners midfielder dipped into the transfer market in an attempt to push towards the top four this season.

Arteta brought in Thomas Partey from Atletico Madrid for £45m, as well as Gabriel from Lille for around £25m, and Martin Odegaard on loan from Real Madrid.

Ahead of the transfer window, the London side have been said to be looking to strengthen their squad again, with Yves Bissouma, Tosin Adarabioyo and a return for former midfielder Aaron Ramsey all rumoured.

And Sharpe insists that the Gunners board should back Arteta again this summer, instead of sacking him and having to go back to “square one”.

”I think if you sack him now, you’re just back to square one, and you have the same process all over again, so I would give him a bit of time.” 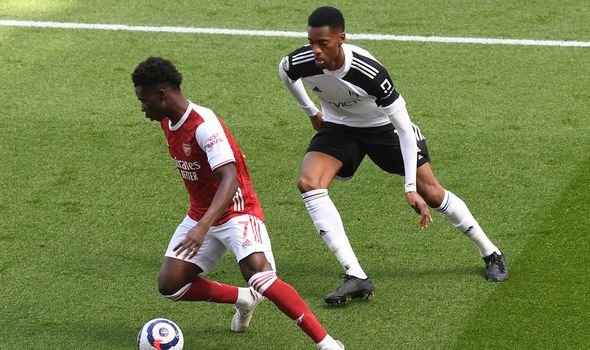 Meanwhile, Sharpe, who played 193 times for Manchester United, says that he is disappointed that the Red Devils haven’t capitalised on the fact that the likes of Arsenal have had a poor season.

“I don’t know whether I see Manchester United through rose-tinted glasses but I was expecting a little bit more from them this season,” he said.

“With the team they have and the talent they have going forward, I was expecting them to score more goals and for them to win more. I think we’ve seen a few too many draws and dropped points when there was no need.

“In the Premier League, we have to remember that Chelsea have gone through a managerial change, Tottenham have struggled, Arsenal are still struggling. I’m just a little surprised at the season that United have had but maybe I was overly optimistic.”