Arsenal are showing interest in Aston Villa enforcer Douglas Luiz, reports claim. Mikel Arteta is looking to strengthen his squad and the Brazil international is being considered.

The defensive midfielder has chipped in with three goals and provided two assists in his 35 appearances.

Website 90min claim Arsenal have added the 22-year-old to their list of potential additions in the upcoming transfer window. 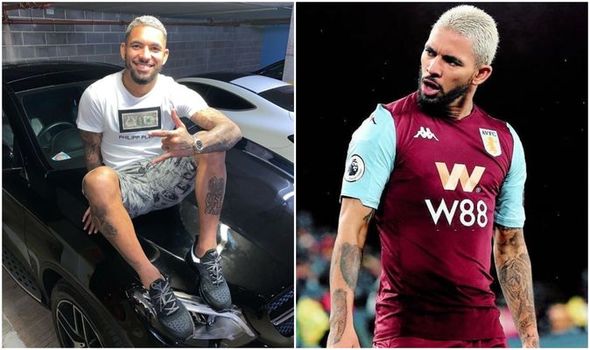 Manager Arteta is reportedly a ‘long-standing admirer’ of Luiz having worked alongside him during his spell at the Etihad Stadium.

And the Spanish tactician is hopeful that his time as Pep Guardiola’s assistant will help the Gunners complete his signature in any potential future negotiations.

But a deal for Luiz won’t be straightforward.

And that, according to 90min, is because Manchester City are considering a move themselves.

The Citizens inserted a buy-back clause in the deal when selling Luiz to Aston Villa last year and are interested in triggering their option.

days of struggle, days of glory

It’s thought Guardiola and co. were reluctant to sell the midfielder in the first place and are becoming ‘more intent’ on bringing him back.

City already have excellent options in that role with Fernandinho, Rodrigo and Ilkay Gundogan all on their books.

But Arsenal, who are expected to offload Lucas Torreira and Matteo Guendouzi this summer, will need to bolster their midfield – especially with loanee Dani Ceballos’ set to return to Real Madrid.