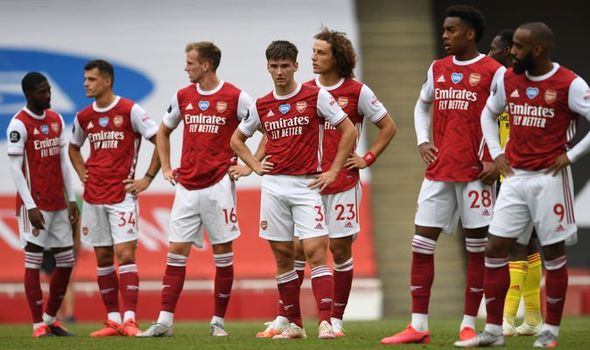 Arsenal staved off a second-half comeback from Watford to head into next weekend’s FA Cup final with Chelsea off the back of a win and finish ninth in the Premier League. A chaotic affair at the Emirates saw the hosts race into a 3-0 lead against the run of play but despite the Hornets scoring twice either side of the break, they were relegated to the Championship.

Watford came into the game needing to better the result of Aston Villa at West Ham due to an inferior goal difference in order to avoid dropping down to the second tier.

And it was clear the away side, managed by stand-in head coach Hayden Mullins after Nigel Pearson’s recent sacking, came to the Emirates for the full three points.

The facial expressions of the Watford players changed however when Kieran Tierney scored his first Arsenal goal shortly after, side-footing into the far corner on 24 minutes.

Mikel Arteta remained frustrated with his team at the drinks break but Aubameyang looked as though he may have put the game to bed when he moved within one goal of Leicester’s Jamie Vardy in the Golden Boot race with a close-range overhead kick.

Troy Deeney’s penalty before the break gave Watford hope before they really upped the pressure when Danny Welbeck met a low cross to score again his former club and reduce the deficit to a single goal.

Arsenal had to battle hard for the final 20 minutes and Eddie Nketiah had the chance to kill the game but tried to set up Aubameyang for his hat-trick instead and the chance went to waste – with the Gabon international finishing one off Vardy to miss out on ending as the division’s joint-top scorer.

Yet the hosts held on for three points, which means Watford will play in the Championship next season. But how did they perform? Express Sport rates and slates Arsenal’s performance. 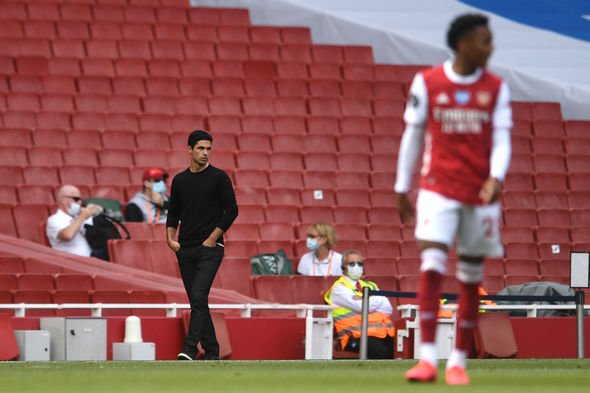 Good stop to deny Roberto Pereyra at his near post and then well beaten by Troy Deeney despite going the same way. Strong stop off his line to thwart Welbeck on the hour mark. Booked for time-wasting and then produced a sublime stop to keep out Welbeck’s backheel flick. What a stand-in he’s been for Bernd Leno.

Forced a good stop from Ben Foster second half but often struggled to give Nicolas Pepe much of an overlap down the right flank until changes were made. Did alright defensively.

Perhaps should have stepped up when Watford had a good first-half chance and fouled Danny Welbeck for the Hornets’ penalty – the fifth he has given away in the league this season. Out of position for Welbeck’s goal, when he should’ve been at the near post to hook clear.

Blocked a Troy Deeney header at 1-0, didn’t know much about it but was well positioned. Played some lovely lofted balls forward. Made an unforced mistake to lead to Watford’s penalty and should’ve done better before Adam Masina fired over the crossbar early into the second half, failing to clear his lines. Some positive moments with key headers but largely disappointing from the defender. Booked for fouling Hughes.

Deflected side-foot finish made it 2-0 Arsenal and it was his long throw that led to Aubameyang’s second. Dependable in the second half as Watford fought to draw level with. 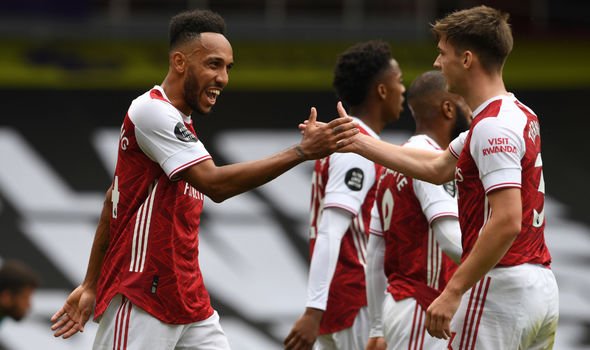 Not his finest midfield display since the restart. Continually dropped back into central defence in and out of possession but struggled throughout to keep Arsenal in control through the middle, with the midfield often overran. Booked for a late challenge and almost gave a penalty when rashly going to ground inside the box late on.

Almost anonymous in the first half and was sluggish on the ball, though he worked hard off it.

Brilliant sliding challenge to prevent Doucoure shooting but was partly to blame for Arsenal’s lack of control in the midfield in the first half. Played some lovely passes and some crucial interceptions. The best of Arsenal’s midfield trio.

Lively first half and brilliant ball into Aubameyang in the build up for the second goal. Faded slightly in the second half and was rightly brought off.

Earned a penalty when barged in the back by Craig Dawson. Great touch to bring down a Holding pass but messed up his second touch when trying to find a team-mate inside the box. Otherwise hardly involved. Brought off to keep him fresh for Wembley.

Sent Ben Foster the wrong way after four minutes from the penalty spot. For the second goal, a poor first touch looked to have ruined the move before he laid off for Tierney to finish. Then a wonderful touch and finish to make it 3-0 soon after with an overhead kick. Later saw a shot blocked by Foster as he sought a hat-trick but he had a narrow angle when Nketiah should’ve gone for goal himself. Worked hard defensively too and the man of the match. 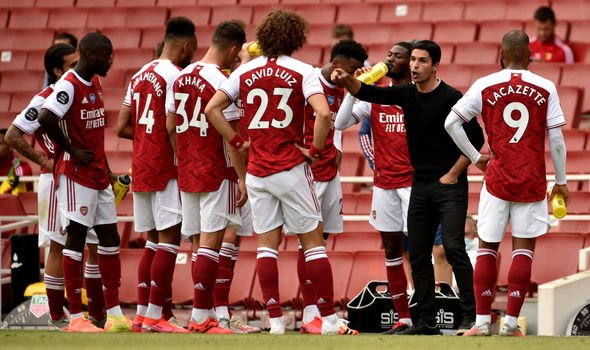 Laid off for Aubameyang when he should’ve shot himself one-on-one after winning the ball himself but otherwise a hard-running display.

A silly foul gave Watford hope with a stoppage-time free-kick.

One good run on the edge of the box but he couldn’t get a shot away. Otherwise relatively quiet.