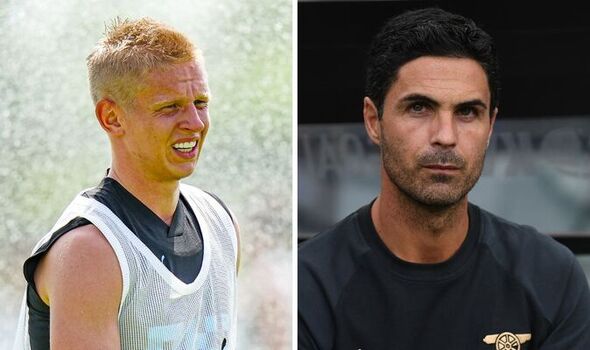 Arsenal have now reportedly reached an ‘agreement in principle’ with Manchester City to make Oleksandr Zinchenko their fifth summer signing. The Gunners have already splashed the cash on deals for Gabriel Jesus Fabio Vieira, Marquinhos and Matt Turner.

Zinchenko emerged as the next top target for the Gunners with City willing to listen to offers for the Ukraine international. Mikel Arteta had both Kieran Tierney and Nuno Tavares as his go-to options at left-back last season.

But while Pep Guardiola largely utilised Zinchenko on the left side of defence, he has occupied a central midfield role for his country. Arsenal had been moving quickly to try and capture Zinchenko’s signature and they now appear to have made a breakthrough in negotiations.

According to The Athletic, Arsenal now have an ‘agreement in principle’ in place to sign Zinchenko.

The 25-year-old has reportedly agreed personal terms on a four-year contract and will leave City’s pre-season tour to undergo his medical. City have also accepted an offer worth £32million in total, taking Arsenal’s summer spending to around £120m.

Zinchenko will be set to join former City team-mate Jesus in making the switch to north London. The Ukrainian made the move from PSV to City back in 2017 but was largely used as a role player under Guardiola. 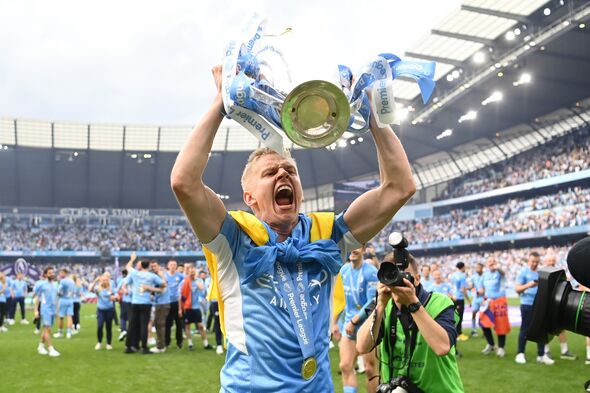 He started just 10 Premier League games last season, although he did play a pivotal role in helping City beat Liverpool to the title in dramatic fashion. City were 2-0 down against Aston Villa with just 20 minutes remaining before Ilkay Gundogan halved the deficit.

Just a couple minutes later and Zinchenko delivered the cross for Rodri to equalise before Gundogan scored the winner soon after. Zinchenko’s move to Arsenal will also likely open the door for City to push ahead with signing Marc Cucurella from Brighton.

The Seagulls are said to be demanding up to £50m for the Spanish full-back, who impressed in his debut campaign on the south coast last season. Brighton paid just £15.4m for the defender 12 months ago, but City have so far been reluctant to meet their demands.

Tottenham vs Brentford live stream: How to watch Carabao Cup semi-final online and on TV tonight