Arsenal’s teenage record-breaker Ethan Nwaneri reportedly had to get changed on his own before he made his Gunners debut during Mikel Arteta’s side’s 3-0 win over Brentford on Sunday. The 15-year-old was brought on as a late substitute as he became the Premier League’s youngest player.

The Telegraph claim that as a 15-year-old Nwaneri was unable to get changed with the rest of the Arsenal squad and was made to get changed alone at the Brentford Community Stadium due to child protection laws.

The England under-17 starlet came on for goalscorer Fabio Vieira late on, having been surprisingly named on the Gunners’ bench for the trip to Brentford. At 15 years and 181 days old, he became the youngest-ever league player, a record previously held by Liverpool’s Harvey Elliott.

Nwaneri was born in 2007, a full year after Arsenal had moved to the Emirates Stadium. He has scored four times for the Gunners’ under-18s, and has also made one appearance for the under-23 side. 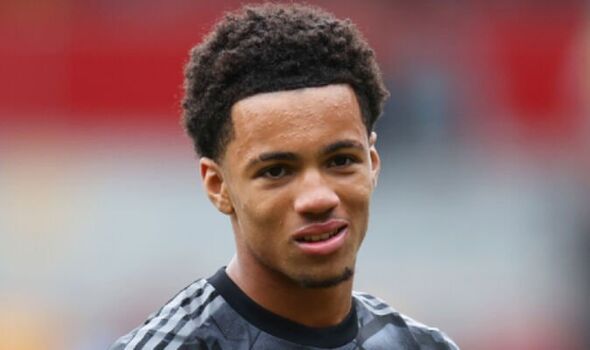 Arsenal claimed all three points and got their goals through William Saliba, Gabriel Jesus and Vieira as Arteta’s side returned to the top of the table, where they will stay over the international break. After injuries to captain Martin Odegaard and Oleksandr Zinchenko, Arteta gave some of the youth players the opportunity to be part of the matchday squad with Nwaneri and 17-year-old Lino Sousa on the bench. “We have the opportunity to bring young players, we didn’t over the last few weeks,” Arteta said. “Pretty short but opportunities come when injuries arrive.”

The Arsenal fans were delighted that Arteta gave the teenager his debut, and sung: “He’s got school in the morning,” however Nwaneri won’t be in school on Monday as it is a Bank Holiday due to the funeral of Queen Elizabeth II. 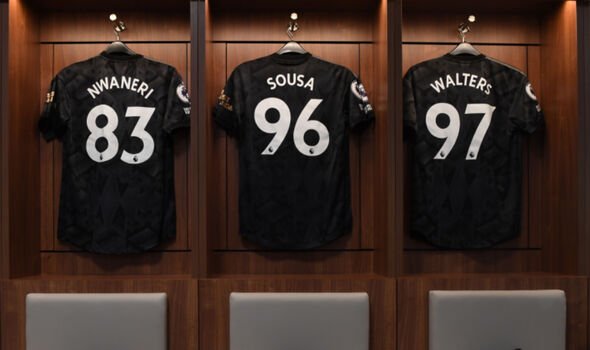 Arsenal boss Arteta explained his reasoning for picking Nwaneri. “It was a pure gut feeling,” Arteta said. “I met the boy. I really liked what I saw. Per in the academy was giving me good feelings. He’s trained with us a couple of times and then I had the feeling from yesterday that if the opportunity could come I was going to do it.”

Another decision from the Spaniard which was praised was his decision to play Granit Xhaka in a more forward role this season. “I think they made a decision, the amount of times I’ve watched Granit Xhaka lose the ball in his half trying to play out from the back, getting the ball on the pivot and they’ve conceded a goal,” former Tottenham midfielder Jamie Redknapp told Sky Sports.

“I think they’ve said ‘listen, lets get him further up the pitch, get him as high away from his own goal as possible’ where he can effect the game in the box because he’s not got that pace in that area to get away from people. Teams would press him high up and he would find ourselves conceding the ball too often. This year he’s had a good start to the season, the fact the manager has him higher up the pitch, affecting the game more, it’s important.”

Fernandes showcases win-at-all-cost mentality with description of himself