Arsenal have got Axel Disasi in their sights with Dayot Upamecano likely to be out of the Gunners’ reach this summer. Mikel Arteta is set to get to work rebuilding the squad he inherited from Unai Emery when the transfer window reopens.

Strengthening Arsenal’s defence will be a priority for Arteta, who was only able to loan in Pablo Mari and Cedric Soares in January due to budgetary constraints.

With funds limited this summer, particularly given the impact of the coronavirus pandemic on the north Londoners’ finances, Arteta is unlikely to make any blockbuster signings.

And that means alternative options are being sought out, with Reims centre-back Disasi among the players Arsenal might turn to.

Goal report Arsenal have been scouting the 22-year-old and have already registered their interest in taking him to the Emirates.

Disasi is said to be rated around the £13-14m mark, making him significantly cheaper than RB Leipzig’s Upamecano. 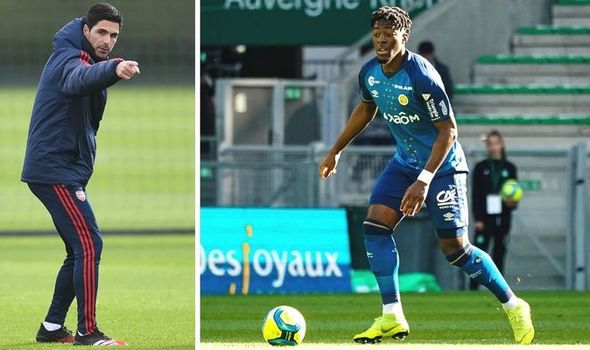 Disasi started all but one of Reims’ Ligue 1 matches before the 2019/20 campaign was curtailed due to the COVID-19 crisis.

And he would offer talent in abundance to Arsenal if he makes the move to the Premier League from Stade Auguste-Delaune.

Upamecano, whose contract expires next June, will be available for less than his £54m release clause this summer.

However, Arsenal will probably be unable to stump up the knockdown fee Leipzig will demand unless they make significant sales or secure an unlikely place in the Champions League for next season.

Arsenal sat ninth when the Premier League was suspended in March and will resume their season against reigning champions Manchester City on Wednesday. 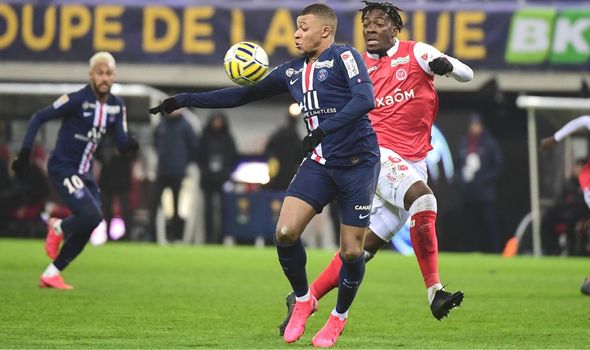 Arsenal’s Europa League elimination at the hands of Olympiakos means their hopes of qualifying for the Champions League rest solely on their top-flight performance.

Arsenal goalkeeper Bernd Leno is holding out hope of finishing fifth and making the most of City breaking Financial Fair Play rules, which is set to see Pep Guardiola’s side banned from competing in the Champions League.

“I hope we can get into Europe,” Leno said. “We’re not ruling out the Champions League places because we might get it with just fifth place, given Man City’s possible ban.

“We were in decent form before the break, I just hope we can get back to that when we return and end up in a European spot.”