Arsenal have been warned that they are unlikely to be able to tempt Atletico Madrid into lowering their asking price for transfer target Thomas Partey in the upcoming window by adding Alexandre Lacazette into the deal. European football expert Graham Hunter believes Atletico wouldn’t want to take on Lacazette’s wages, despite needing reinforcements up front.

The Gunners are expected to have a quiet window, and have been tipped to only buy players on the cheap or out-of-contract stars.

Layvin Kurzawa and Willian are both set to be targeted at the end of the season, as they will leave Paris Saint-Germain and Chelsea respectively.

But they have been tipped to splash the cash on Atletico’s Partey, as Mikel Arteta is keen to sign a new defensive-minded midfielder. 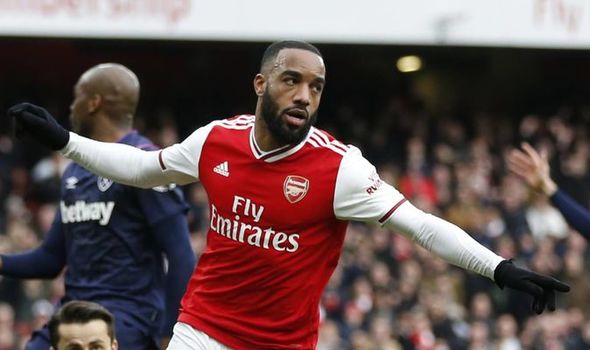 Partey has a release clause of £46million, but it has been reported that the Gunners will try to coax them into lowering their asking price by offering them Lacazette in exchange.

The French striker, 28, has two years remaining on his current deal at the Emirates, but this week it was reported that he could be on his way out to make way for the Ghanaian midfielder.

However, Lacazette currently earns a reported £182,000-per-week and is Arsenal’s third-highest paid player behind Mesut Ozil and Pierre-Emerick Aubameyang.

And Hunter believes Atletico would be unwilling to take on such a large salary, despite their need for a new striker.

He told Sky Sports: “Right now, Atletico need the stability of a cash injection, and I think that would be more attractive on balance, but the current team’s primary flaw at the moment is a lack of goals.

“It’s something that has actually dogged them for some time: they’ve scored 31 goals in 27 league games – just over a goal a game.

“They still defend well, perhaps not quite as miserly as they used to, but Barcelona have scored more than double Atleti’s goals [63] while Real Madrid [49] have got 18 more, so these are really significant numbers if you want to be challenging to win trophies and to be in the top four of La Liga. 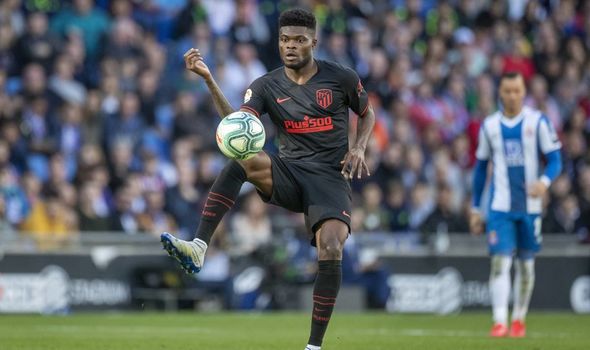 “Atleti are currently outside of the top four only by a point, but to not get into the Champions League next season would be very debilitating for the club financially.

“There is a need for goals, and whether Lacazette has all the requisites and specifically has the right age profile is questionable.

“If you look at the majority of strikers they’ve purchased in their recent history, they tend to be in their very early 20s and they pick well.

“Lacazette has got the talent and the pace, there’s no question about that, but whether he’s what Atleti need right now with his salary, I’d be a little unsure.”