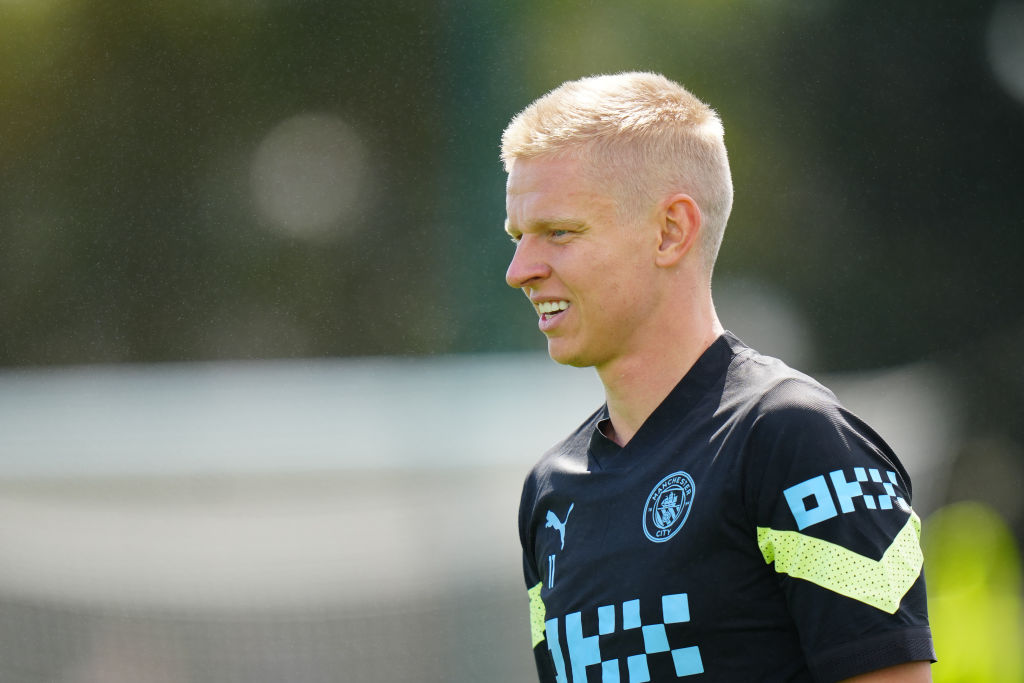 Arsenal are set to complete a move for Manchester City’s versatile defender Oleksandr Zinchenko, according to reports.

The Gunners are looking to strengthen at left-back and want to reinforce their midfield options.

The north London club were involved in a battle with Manchester United for Lisandro Martinez, who can operate at centre-back, left-back and in midfield, but the Argentine is set for a reunion with Erik ten Hag at Old Trafford.

The Daily Mail report that Zinchenko is expected to sign for the Gunners from City, with a deal to be agreed in the coming days.

Zinchenko is said to be valued at around £35million and the two clubs are currently thrashing out a deal.

The Ukraine international’s versatility is a big plus for Mikel Arteta as he is an option at left-back or in midfield.

Though Zinchenko was previously not sold on the idea of leaving Pep Guardiola’s side, the player wants more regular playing time.

The 25-year-old, who previously worked with Arteta at the Etihad Stadium, made just 15 top-flight appearances for the Premier League champions last season.

Arsenal are having a busy summer, having wrapped up the signing of Gabriel Jesus – also from City – along with Fabio Vieira, Marquinhos and Matt Turner.

Jesus has made a fast start to life with the Gunners, scoring a brace in a 5-3 pre-season friendly win over Nurnberg last weekend.

‘I’m so, so proud. I’m proud to be here at this big club,’ the striker told Arsenal club media.

‘I’ve completed four or five days together with the lads, and I just want to say thank you to everyone at Arsenal because they make me feel at home. Everyone is talking, coming to me and saying “good luck, we are happy to have you here”, and I’m happy to be here as well. That makes me feel at home.’

‘He’s all energy. You see his enthusiasm, he’s always smiling, he’s always talking to his teammates and apart from that I think he brings a different level of desire and commitment and enthusiasm, so I think it’s really good,’ Arsenal boss Arteta said of Jesus.

‘That’s why we brought him here, to put the ball in the back of the net and obviously for his confidence and for him to believe in what we are doing I think it’s really important and he’s settled really well.

‘I know him really well because I worked with him before and I know that there’s not going to be any issue there.’

Why is Antonio Conte frustrated with life at Tottenham?