Arsenal, on transfer deadline day, took action. New arrivals weren’t expected at the Emirates Stadium in the morning but, by the end, Thomas Partey had made a blockbuster move to north London. The Ghana international has already been compared to Gilberto Silva and Patrick Vieira and, now, fans are raring to see him in action.

Arsenal were written off at the start of the transfer window. With the coronavirus crisis eating away at their finances, there was a feeling Mikel Arteta would have his work cut out when it came to adding to his squad.

In January, the Spaniard had no cash to spend. But the Gunners, albeit with some questionable moves behind the scenes, have now delivered for him.

But it’s Partey time. The player himself is excited to join but Edu has already spoken out, saying: “Thomas has all the right attributes to be a top player for Arsenal.

“He is a leader on and off the pitch and he is exactly the kind of player and person we want at the club.

“We already feel like we know Thomas very well based on the work we have done analysing his performances closely in recent times. 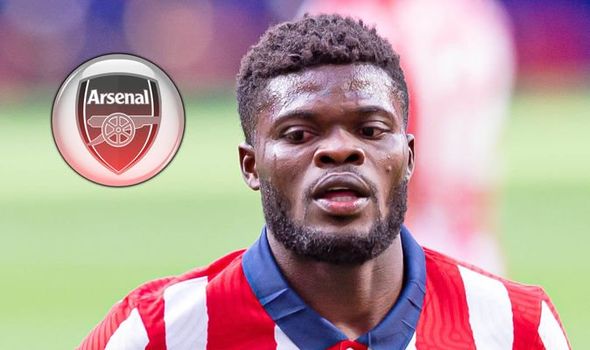 “With his all-round game and positive aggressive style, he will be a brilliant addition to our squad. We’ve made a strong start to the season and we want to continue to build on this with Thomas now part of our club.”

Aggression being the key word.

Arsenal have lacked bite in the middle of the park in the years since Vieira left for Juventus and Silva to Panathinaikos.

But comparisons with the pair have already been made. Former Gunners star Armand Traore said back in April: “I wouldn’t mind a guy like Partey, sitting in front of the defence, somebody a bit angry.

“He reminds me a bit of Gilberto Silva or Vieira, somebody who can go out there and have a go. 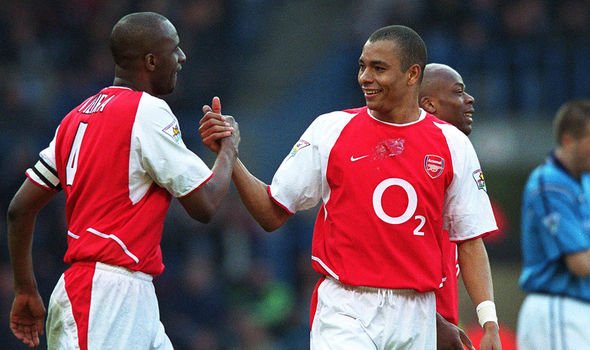 “I think Arteta’s doing a great job and I can only see them doing well in the future to be honest.”

In the years since Arsenal lost Silva and Vieira, they’ve struggled with holding midfielders.

Alex Song was perhaps the best but he departed for Barcelona in his prime to sit on the bench, later admitting he went to Spain for the money.

But, in Partey, things could be different.

Arsenal’s performances under Arteta, especially in the big matches, suggest they’re no longer the pushovers they used to be.

And Partey will add more tenacity to their squad, perhaps faring better than Lucas Torreira has during his time in north London.

Arteta himself was thrilled about the arrival of the former Atletico star, telling the club’s official website: “We have been watching Thomas for a while, so we’re now delighted to add such a high quality player to our squad.

“He is a dynamic midfielder with great energy.

“He brings a lot of experience from a top club that has competed at the highest level in La Liga and the Champions League for several years.

“We’re very impressed with his attitude and his approach to the game. He’s an intelligent footballer and we’re looking forward to him integrating into our system and contributing to the progress we’re building at the moment at the club.”