Arsenal new boy Willian has revealed the three positions he could play in Mikel Arteta’s team. The former Chelsea winger has joined the Gunners on a three-year deal.

The 32-year-old makes the cross-capital switch after seven seasons at Chelsea, where he regularly played on the right wing.

Mikel Arteta has shown a penchant for inverted wingers, however, so Willian could start on the left flank, while he is also willing to play through the middle in the No 10 role.

When asked which position he sees himself playing, Willian said: “Haha, that’s a difficult question – I don’t know! I leave that to Arteta. I come to help in every position. 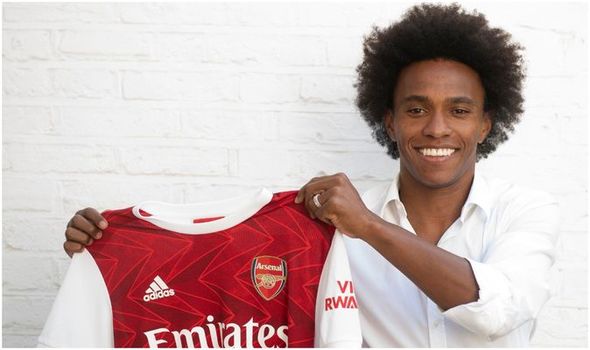 The opportunity to work with Arteta also appealed to Willian, who played under a number of different managers at Chelsea.

“[I like] the way they play, everything is amazing – the stadium, and I think that with Arteta, Arsenal have a great opportunity to fight again for titles in the Premier League and in Europe so I’m very happy because of that,” he said.

“I’m excited to start. I can’t wait to go on the pitch and do my thing to help my team-mates and to help this club to shine again. That’s what I want.

“When I talked to [Mikel], the conversation was good, he gave me confidence to come to Arsenal. He said a lot of good things to me and that’s why I have come to Arsenal.”

At 32 years of age, Willian is not exactly a long-term option for Arsenal, who are in a period of transition under Arteta.

But the Brazilian is eager to help the club get back to the top of the Premier League, and he said: “I’m very excited to become an Arsenal player – I can’t wait to start training and playing with my team-mates. 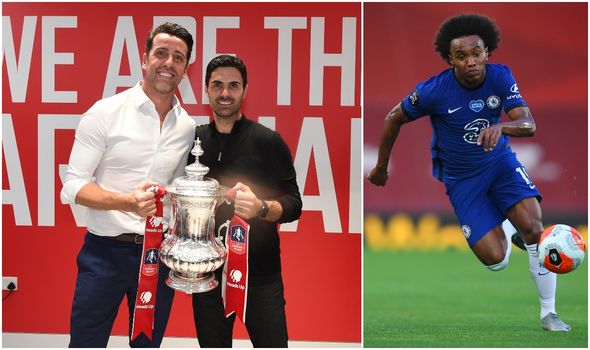 “I decided [to join] because Arsenal is one of the biggest clubs in the world. They have a new project with Mikel Arteta.

“I come to try to win trophies, because this club deserves to win again, and I think you have to do the best as possible to win every game. I always train hard and go on the pitch giving 100 per cent to help this team to win games and to win titles as well.”