Arsenal youngster Bukayo Saka should stay with the Gunners and reject any interest from Liverpool, according to former Tottenham and England goalkeeper Paul Robinson. Arsenal academy graduate Saka has been a shining light in an otherwise turbulent season for the north London club. The 18-year-old has made 29 appearances in all competitions, contributing both goals and assists from the left-hand side.

Despite bursting into the team as a winger, Saka was Arsenal’s regular left-back before football was suspended due to the coronavirus pandemic in March.

Regular full-backs Kieran Tierney and Sead Kolasinac have both faced time on the sidelines due to injury, which has allowed Saka a run in the side.

His performances have led to interest from Premier League leaders Liverpool, who do not have a recognised backup to Andy Robertson in their first-team squad.

Saka’s contract at Arsenal expires in the summer of 2021 but Robinson insists the club will do all they can to extend his current deal.

JUST IN: Sports quiz questions and answers: The best sport quiz for you at home 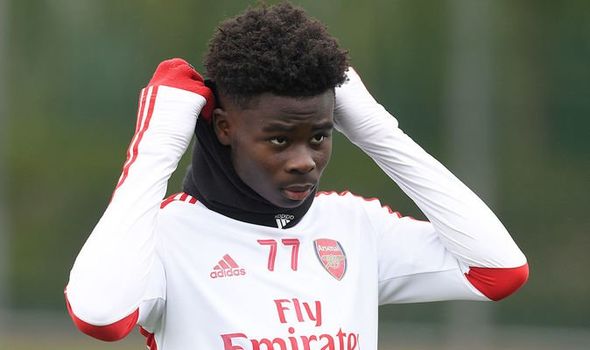 And Robinson thinks the teenager would be better off staying at the Emirates as he would get more game time than he would if he moved to Liverpool.

“A top player. I have seen him a few times and Arsenal will do all that they can to renew his contract,” Robinson told Football Insider.

“Liverpool are trying to muscle in there and take him because he is 18 and has already made 29 appearances this season. He is very good going forward.

“However, with [Mikel] Arteta at Arsenal, I think it could be more beneficial for the player to stay there.

“I doubt that he would get the same opportunities at Liverpool as an 18-year-old.

“For his development, it is worth staying at Arsenal for a while longer under a manager that is keen to promote youth.”

Midfielder Willock has appeared 32 times this season and winger Nelson has played 16 games. 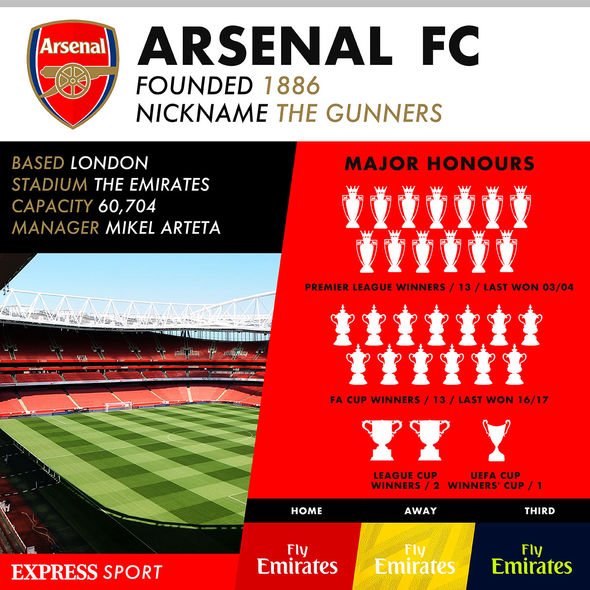 “It’s so good to see them doing well because I know how much ability they have,” Gilmour told The Gooner.

“I trained with them every day for years and it’s so nice to see their hard work paying off.

“I 100 per cent think they are the future of Arsenal.

“They are young, exciting and having trained with them for so many years, I know just how good they are and can be.”