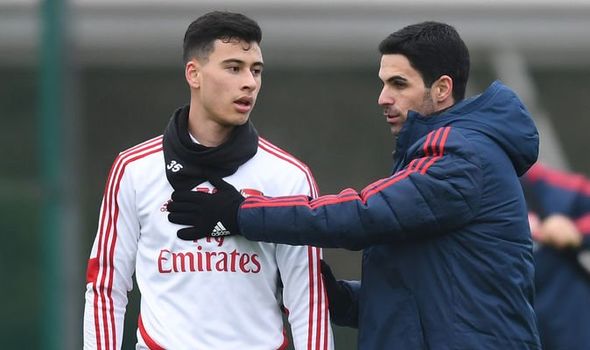 Gabriel Martinelli’s mentality is perfect for Arsenal manager Mikel Arteta, according to team-mate David Luiz. The Brazilian has admitted he was surprised by the striker when he first moved to the club in the summer.

Experienced centre-back Luiz joined from Chelsea for £8million in August, with Martinelli having linked up with the Gunners for a £6m fee from Ituano a month earlier.

Although the duo are both Brazilian, in conversation with Arsenal legend Ian Wright for Adidas, Luiz has admitted he didn’t know much about Martinelli before training with his compatriot.

And the 32-year-old insists the teenage attacker’s mindset immediately stood out – in addition to the footballing ability which has seen him score 10 goals and lay on four assists in 26 appearances for the north London club.

Speaking also about the impact Arteta has made since being appointed Arsenal manager in December, Luiz believes Martinelli’s outlook fits perfectly with that of Arteta. 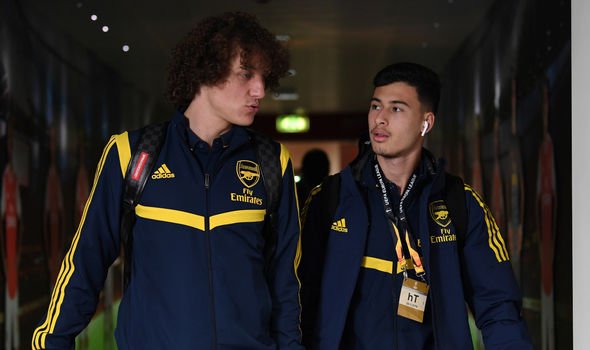 “Now they know, now they are very proud,” Luiz said when Wright asked what people in his homeland think of Martinelli.

“To be honest, no I didn’t know [about him before], I heard some things, some little boy in Ituano, playing very well, because I know Juninho Paulista and he’s from his club.

“He wants to be part of the club, I think this is a very important thing for players to understand today.

“So, everybody is not just players, everybody every day has to breathe this oxygen, this air, this club is to win.

“It doesn’t matter where and when we lost it, what matters now is to bring it back.”

Speaking to Four Four Two’s April edition, Real Madrid-linked Martinelli made it clear what his ambitions are.

“I want to win the Champions League and lots of domestic titles to make Arsenal’s fans very happy,” the Gunners starlet said in the April edition of FourFourTwo magazine. 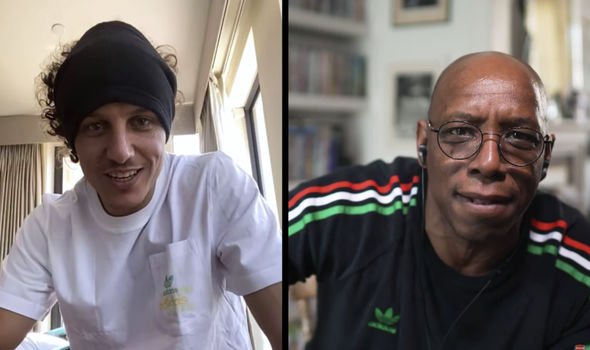 “They deserve the best – not only the supporters but all of the club’s staff.

“I’d like to give back to the club after everything they’ve done for me so far and, as a result, become a Gunners legend.”

On Arteta, Martinelli added: “He’s been brilliant. He pays a lot of attention to moves and keeps pushing me to improve my game; not only in attack but defence, too.

“The boss is very wise tactically and incredibly helpful. He’s not an angry guy at all, but likes showing you exactly what to do on the pitch: ‘If the ball goes that way, don’t stay here, go there and turn your body that specific way.’ He has a keen eye for detail.”