Arsenal star Matteo Guendouzi has revealed how Mesut Ozil convinced him to leave the club in the transfer window. Mikel Arteta did not want him around after offering him to clubs in Europe as he looked to bolster his funds. Eventually, the Frenchman signed for Hertha Berlin on a season-long loan- leaving his Emirates career still up in the air.

Arsenal star Guendouzi left for Hertha Berlin in the summer and he has revealed how Ozil played a major role in that decision.

It comes after a summer-long effort from Arteta to get rid of the midfielder, who was desperate to sign Thomas Partey and Houssem Aouar as his midfield duo.

However, Guendouzi only left on loan despite the Spaniard’s attempts to involve the ex-Lorient ace in a number of swap deals.

And now it has transpired that Ozil, who has also been ostracised by Arteta, advised the 21-year-old on leaving the Emirates. 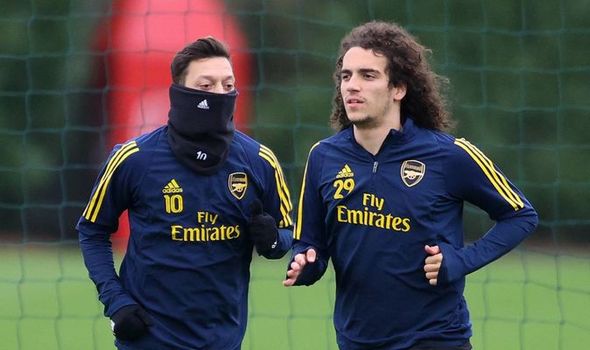 Guendouzi told Kicker: “I had a very good relationship with Mesut Ozil and Bernd Leno. Both of them told me a lot of good things about the Bundesliga.

“I played over 80 games there [at Arsenal] and had a good, intense time there.

“I learned a lot there in terms of sport and grew up there. It was two good years for me.”

Guendouzi’s comments also suggest that his time at Arsenal is over with no intention of returning to north London.

It comes after an on-pitch bust-up against Brighton and he has not played for the Gunners since.

But Arteta has hinted that there was a pathway back into the first-team for the France Under-21 international.

“I have been really clear that everybody starts from zero all the time in football,” he said in August.

“What you did two weeks ago or two years ago doesn’t really matter. It’s what you are able to contribute to the team now. Everybody is going to have the same opportunities. 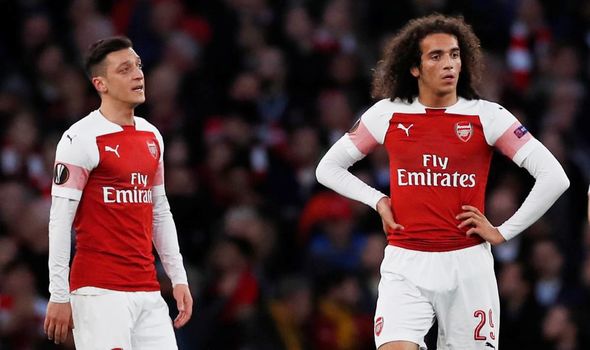 “They’ll have to show with their performances and their attitude that they are better than their teammates or somehow contributing to what we want to achieve this season.”

It follows the news of another player in Ozil being frozen out of the team after being dropped from both Premier League and Europa League squads.

The German was another on the unwanted list but no club came forward to pick up his mammoth £350,000-a-week wages.

And ex-Manchester City star Micah Richards has praised Arteta for his handling of the 32-year-old.

“Ozil isn’t playing for Arsenal because he won’t press the way Arteta wants him to,” wrote the ex-Man City right-back in his MailOnline column.

“If it had anything to do with ability, Ozil would be in. If a player has flair and is willing to work, you always find room for them.

“What I love about the way Arteta has handled Ozil is that he hasn’t allowed one bit of animosity to creep out into the sport pages.

“We don’t know whether they are locked in a feud or if there has been a row because the manager deals with everything so clinically.

“It’s a real skill, that. It’s easy for news of rifts to leave the training ground but Arteta has taken care of this so expertly.”