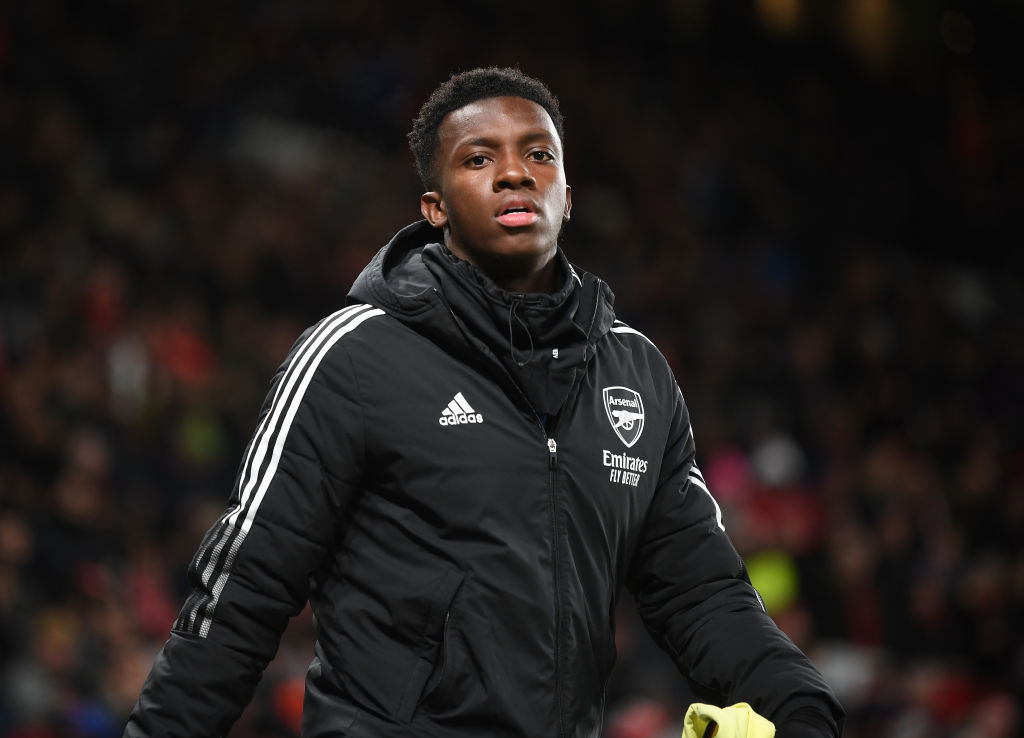 The striker scored a hat-trick in a 5-1 EFL Cup win against Sunderland at the Emirates on Tuesday, taking his tally in the competition to five for the season.

However, Nketiah’s last Premier League start came in April and though Mikel Arteta is Mikel Arteta is keen to keep the striker, he’s unwilling to give him assurances over playing time.

Nketiah has therefore rebuffed the club’s attempts to get him to sign an extension and he can sign a pre-contract with foreign clubs from January 1st.

Arsenal could also reluctantly cash in on Nketiah in January, provided he makes it clear that he has no intention of signing a new deal.

There is significant interest in Nketiah from Germany, with Bayer Leverkusen and Schalke said to be interested in the England U21 ace.

Asked about his future after the win against the Black Cats, Nketiah suggested he was unhappy with his playing time.

‘I’m under contract and as long as I play for Arsenal I will give my all.’

Arsenal could increase their efforts to keep Nketiah given the uncertainty over Pierre-Emerick Aubameyang’s future.

The Gabon international was stripped of the club captaincy earlier this month and Arsenal are open to offers for him in January.

Alexandre Lacazette is also out of contract at the end of the season, adding further uncertainty to the future of Arsenal’s frontline.