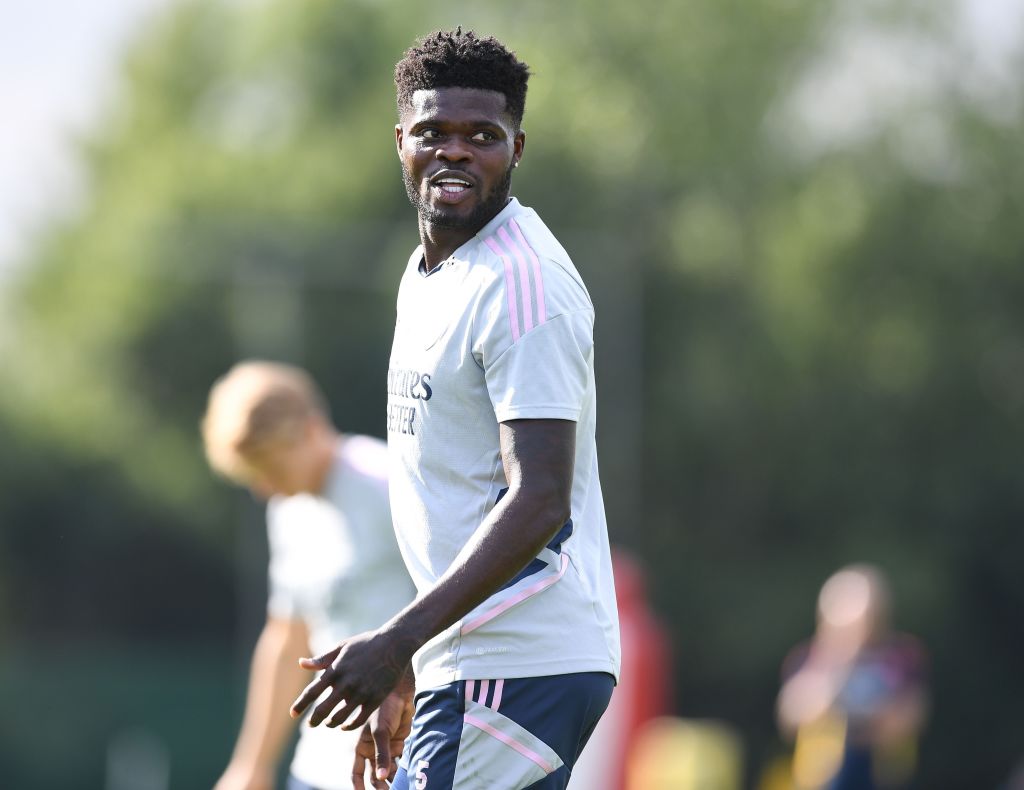 Arsenal midfielder Thomas Partey missed Ghana’s international friendly against Brazil after pulling up with an injury during the warm-up.

The 29-year-old was set to start for the Black Stars in France on Friday evening but just a few minutes before kick-off, was forced to withdraw after picking up a knock.

Ghana have not disclosed the nature of the injury but it will come as a huge concern for Arsenal who take on Tottenham at the Emirates immediately following the international break on 1 October.

It would serve as another huge injury blow for the former Atletico Madrid star who has already missed three games this season due to a knee injury.

He returned to Mikel Arteta’s starting XI on Sunday as the Gunners eased to a 3-0 win over Brentford but he could now be set for another spell on the sidelines. Partey had previously started and completed Arsenal’s opening three matches of the season.

The midfielder has had a number of injury problems since his £45million arrival from Atletico in the summer of 2020, missing 10 Premier League matches in his first season in England with muscular and hip issues.

After starting last season with an ankle problem, Partey went onto miss Arsenal’s last nine matches of the campaign.

Arsenal entered the international break with a handful of other injury concerns with Martin Odegaard and Oleksandr Zinchenko suffering calf problems.

Odegaard joined up with the Norway squad with manager Stale Solbakken even suggesting that he could help the squad in a coaching role, should he be deemed unfit to feature against Slovenia and Serbia.

“We are in regular dialogue with him and [Mikel] Arteta and Arsenal’s health sector, as it is called in Danish. Nothing has been decided there, so there is still hope,’ Solbakken said on Monday.

‘He’s not doing well now. Now it’s a matter of getting a final decision on whether he can be in both or one game. We’ll certainly see him in Norway, either as a player or a ‘fourth coach’. It means a lot to have him.’

Recent reports suggest both Odegaard and Zinchenko are expected to be fit for the visit of Antonio Conte’s side.

Arsenal sit top of the Premier League after seven matches, winning six of those with their only blemish a defeat to Manchester United at Old Trafford. Tottenham are right on their heels, however, sat in third place on 17 points – level with Manchester City.

Raphael Varane maintains Manchester United are ‘on the right road’