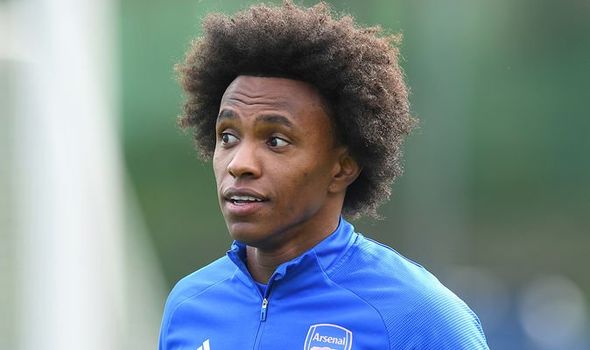 Arsenal winger Willian reportedly wants to rejoin Chelsea less than 12 months after leaving the Blues. Willian has had a nightmare spell at Arsenal following his free transfer last summer. The Brazilian did not score for the Gunners until his 37th appearance for the club.

Willian has been linked with a move to MLS in recent weeks.

However, Sky Sports now claim the 32-year-old wants to move back to Stamford Bridge.

The report claims Inter Miami are interested in taking Willian to MLS.

There are also a number of clubs in Europe interested in signing the former Shakhtar Donetsk star.

However, Chelsea is Willian’s preferred destination if he were to leave Arsenal.

Willian left Chelsea at the end of his contract last summer after the Blues were not willing to offer him the three-year deal he desired.

However, he scored just one goal for the Gunners in 25 Premier League appearances.

He did top the club’s assist charts in the league, with five to his name.

Willian spent seven successful years at Chelsea between 2013 and 2020.

He made over 300 appearances in all competitions for the Blues, scoring 63 goals.