Arsenal have launched a striking ‘mystery blue’ third kit with a lightning bold pattern throughout the shirt for the 2021-22 season.

The new jersey is based on London culture from the 1990s and is in line ‘with the club’s DNA’, according to kit manufacturers adidas.

Gunners stars Pierre-Emerick Aubameyang, Emile Smith Rowe, Alex Lacazette along with Arsenal’s women’s team stars modelled the kit – which will be worn for the first time in the north Londoner’s opening Premier League game with Brentford on Friday. 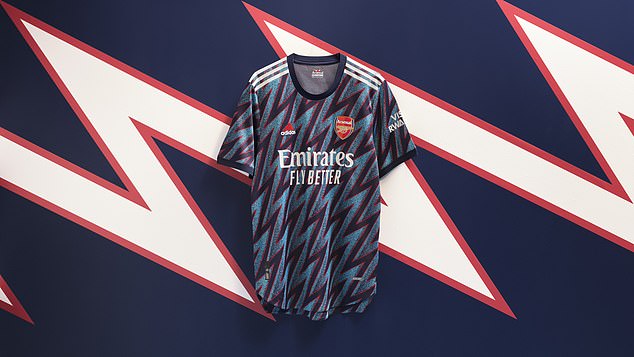 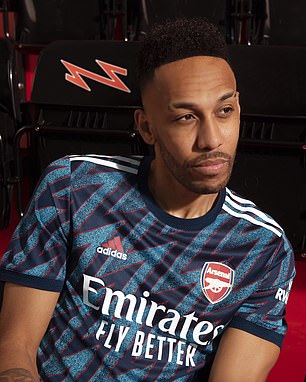 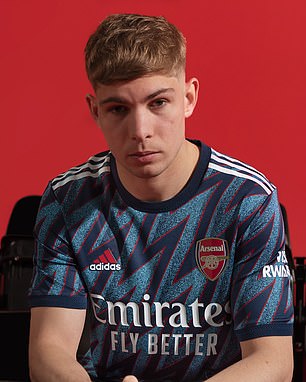 Nicolas Pepe and Thomas Partey were among the other Gunners stars to show off the flashy new strip in the club launch.

The kit contains the words ‘Arsenal for Everyone’ inside the shirt collar, paying tribute to the Gunners’ scheme promoting diversity right throughout the club.

Arsenal recently came out to defend their English winger Bukayo Saka after he received significant racist abuse on social media after he missed the crucial penalty in the Three Lions’ Euro 2020 final shootout loss to Italy. 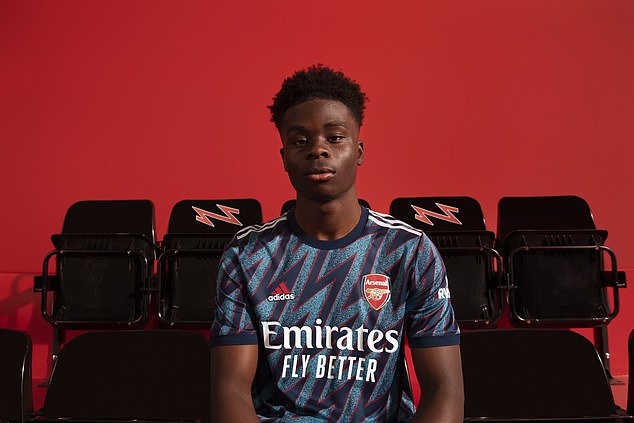 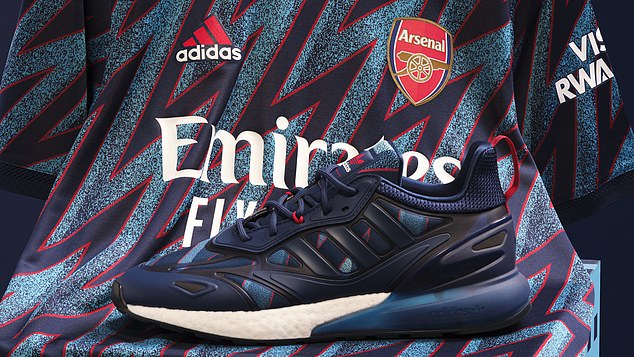 The Gunners already revealed their adidas home and away kits for the forthcoming campaign, with the home kit displaying their traditional red and white colours, with the away jersey being a yellow strip.

Arsenal have been in a partnership with adidas since the start of the 2019-20 season, with the north Londoners signing a £65m-per-year deal two years ago, after five seasons with Puma.

Mikel Arteta’s side kick off their Premier League season on Friday night at newly-promoted Brentford, looking to bounce back from back-to-back eighth-placed finishes in England’s top-flight.

It will be the Gunners’ first season without European football for 25 years so will just compete in three competitions this season – the league and the two domestic cup competitions. 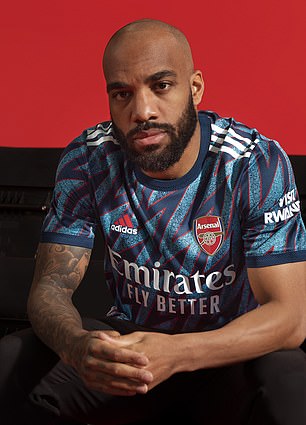 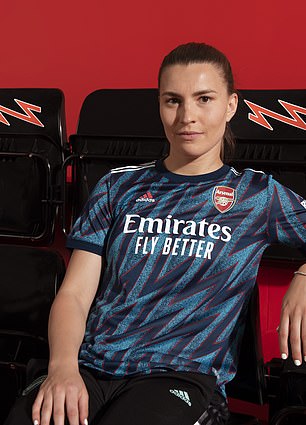