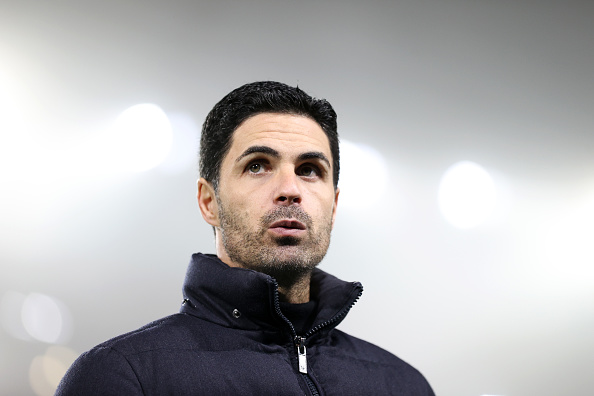 Arsenal are eyeing up moves for three Juventus stars ahead of the upcoming January transfer window.

The Gunners were the league’s highest spenders in the summer, having forked out £156.8m on five new signings – Aaron Ramsdale, Benjamin White, Albert Sambi Lokonga, Martin Odegaard and Takehiro Tomiyasu.

And Mikel Arteta’s side look set to be in the market again in January, with Aaron Ramsey, Arthur Melo and Dejan Kulusevski all of interest to the north London club, according to a report from Marca.

The report adds that Arsenal want to bolster their midfield options before they lose Thomas Partey and Mohamed Elneny next month, with both players due to take part in the upcoming Africa Cup Of Nations tournament.

Ramsey has struggled since leaving the Emirates Stadium for Turin back in 2019 and has played just 98 minutes so far this season.

Reports suggest that the Wales international could even have his contract terminated at the Old Lady, which could help the potential for a sensational move back to Arsenal.

Newcastle are also interested in signing Ramsey in January, as their new owners look to help the club avoid relegation.

Arthur has also struggled for minutes so far this term as he finds himself behind Manuel Locatelli and Rodrigo Bentancur in Juventus boss Massimiliano Allegri’s pecking order.

Meanwhile, the report adds that the Gunners have already opened talks with Kulusevski’s representatives in the hope of signing the Sweden international for around €29.5m plus add-ons, but the Italian giants are holding out for €40m.

The Gunners have also been linked with Lille midfielder Renato Sanches in recent weeks, while Everton star Dominic Calvert-Lewin is among several strikers being targeted by the north London club.