Arsenal: Club told to be patient with Arteta by Dublin

Arsenal transfer chief Edu has some serious questions to answer over his “terrible recruitment policy” heading in the January window. The Gunners were riding high at the end of last season after beating both Manchester City and Chelsea on their way to winning the FA Cup.

There were hopes that cup triumph would see Arsenal make big strides in the new season but it’s been a disaster so far.

They’re already 17 points adrift of the league leaders and currently sit 15th in the table having won just four games.

Arsenal brought in a bunch of new signings in the summer with Willian the first new addition.

Gabriel was also signed from Lille while big money was spent on Thomas Partey on deadline day. 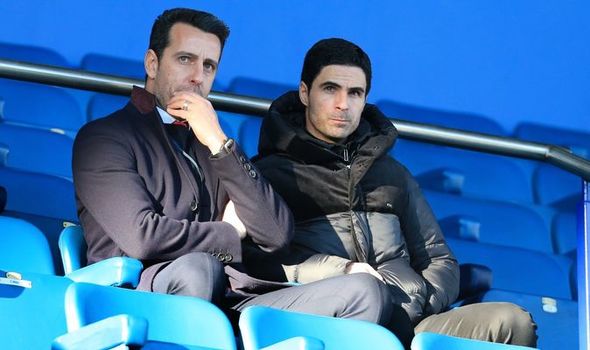 There remain a host of players at the club who are out of favour under Mikel Arteta with both Mesut Ozil and Sokratis left out of the Premier League squad altogether.

Arsenal fans have begun to grow restless with the situation they find their club in heading into the January transfer window.

And former Aston Villa boss Tim Sherwood points the finger directly at Edu for failing to bring in the right players.

There has been speculation that Arsenal will look to bring in more players in January, but Sherwood believes the Gunners need to utilise their youth squad more and save money to go after a big signing in the summer.

Liverpool and Arsenal interest in Bissouma rubbished by Brighton boss

“The new recruitment with Edu and whatever they’re doing there at the moment is ridiculous,” he said on The Kelly and Wrighty Show.

“It is a terrible recruitment policy what they have.

“Don’t spread the money around. See the kids, what are going to cost you nothing, recognise the ones – and you’ve got between now and the end of the season to see who’s good enough – and then you can bring in some make-the-difference players.

“Save your money to make the difference players and real target recruitment. 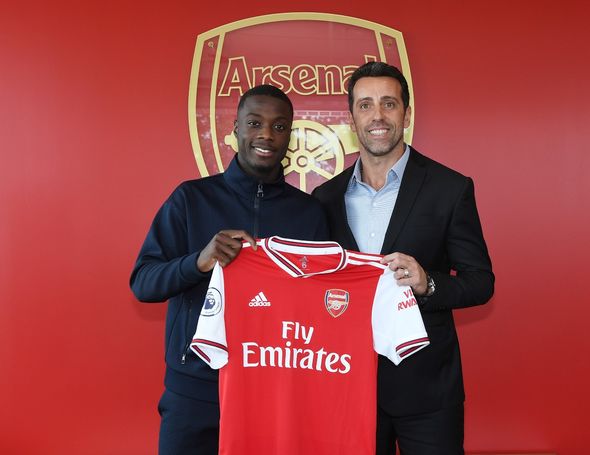 “But speak to the manager, let Mikel tell you what he needs, the ones he likes and the ones he’s going to improve.

“Don’t go and bring someone just because he’s available. Don’t go and buy a Pepe for £70million when you got Saka who’s been the best player this season for Arsenal.

“You’re blocking up pathways. Do not do that. Don’t let this season go by the wayside. Use this as a real season to build.”