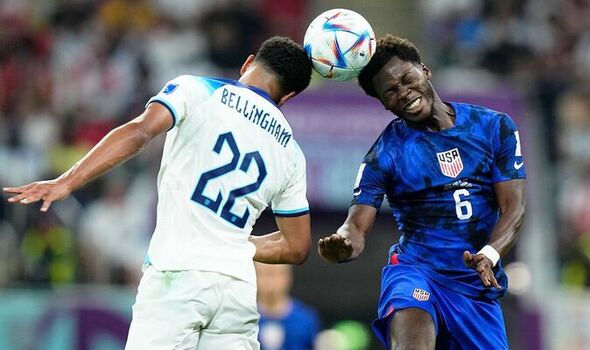 An Arsenal transfer mistake may have been shown up in England’s World Cup clash with USA on Friday. Former Gunners youngster Yunus Musah put on a fine performance in midfield as Gareth Southgate’s side were frustrated in Qatar.

Musah is not a household name with many Arsenal supporters. Few would remember him at all, as he was only 16 when he was released during Unai Emery’s time in charge in 2019.

He spent seven years in the Gunners academy having moved from Italy in 2012. But he was unable to make a big enough impression to convince the club’s staff he was going to make the cut.

Three-and-a-half years on and he is already a regular for the USMNT. Musah, now at Valencia, is also playing week in, week out in La Liga.

He turns 20 on Tuesday when the USA play their final group game against Iran. Victory would be enough to send Gregg Berhalter’s side through to the knockout stages.

And that would be in no small part to Musah’s impact. The New York-born star showed his array of attributes in an impressive midfield display against the Three Lions.

He, Weston McKennie and Tyler Adams form an exciting trio in the middle of the park and they dominated large parts of the game at Al Bayt Stadium. Musah has the ability to run with the ball from deeper but can also pick out a long-range pass when needed.

He is almost the definition of a box-to-box player and is tenacious in winning the ball back. Goalscoring is an element of his game that could do with improving.

Musah has just five career goals for Valencia in 82 appearances. But that is something that will come with age as he continues to adapt to senior football.

He scored five goals in 18 appearances for the Arsenal under-18s before his departure, so there is potential in that area. Arsenal are lacking in midfield options and perhaps if Arteta was in charge back in the summer of 2019, Musah wouldn’t have been allowed to leave.

He recently stated he would be open to rejoining Arsenal if the opportunity came up. Musah told CBS Sports: “You never know.

“I had a great time at Arsenal developing there, I still have friends there, the coaches were great, being an Arsenal player in general is great. I loved playing for Arsenal.

“I’ve nothing against the club and if one day it turns out to be that it’s time to go back then it’s possible. For now I’m really happy at Valencia and I’m looking forward to carrying this season on in the same way we’re doing now.”

Musah’s contract at Valencia does not expire until 2026. And if his performances continue in this vein in Qatar, his price tag will only go in one direction.