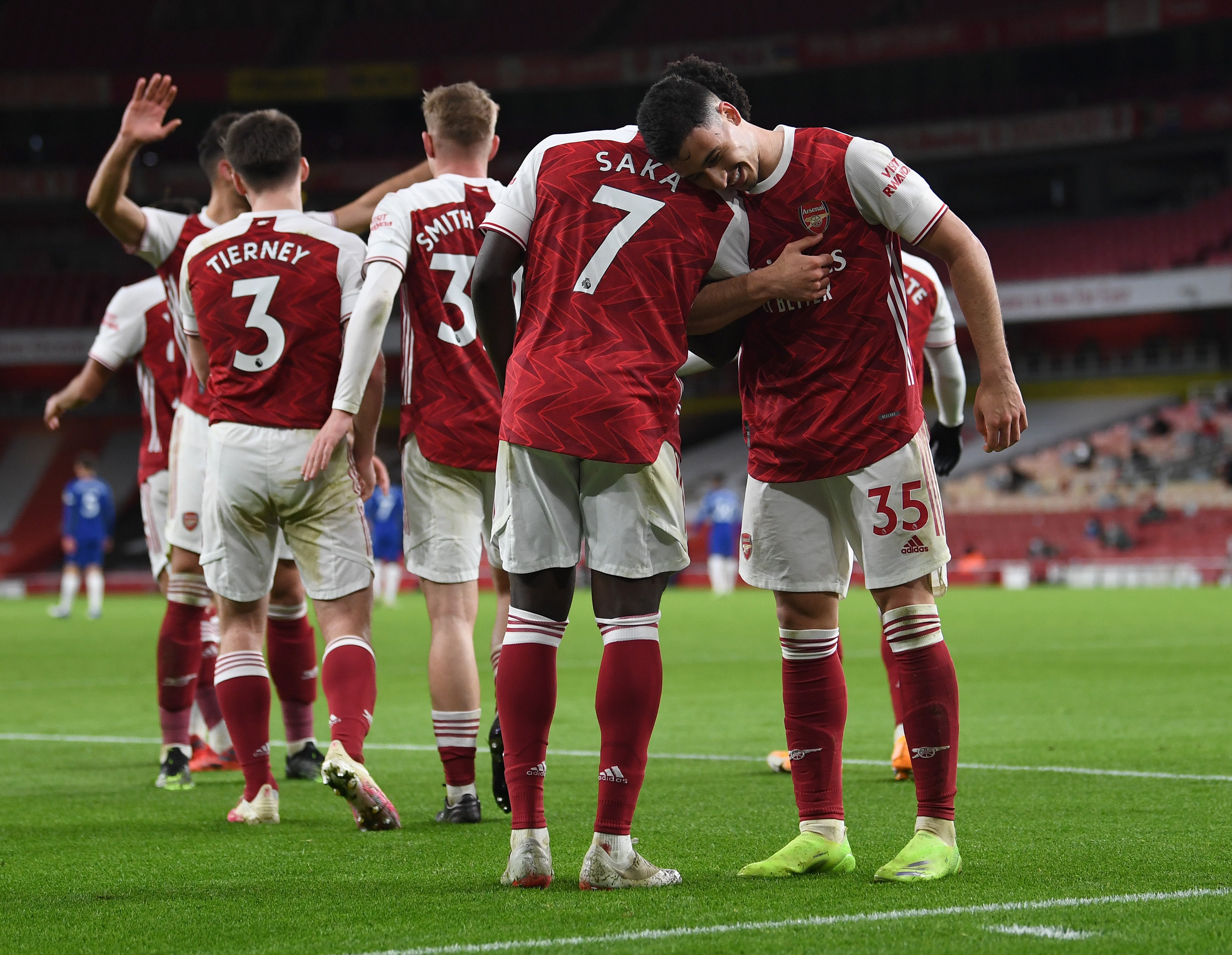 It was Saka, who has the most first-team experience of the three youngsters, who craftily won the free-kick that enabled Xhaka to double the hosts’ lead, and the England international then clipped what appeared to be an attempted cross over Edouard Mendy and into the Chelsea net in the second half.

Furthermore, the exuberant, younger players provided some of the more senior players with a platform and confidence to perform, too. Before Xhaka fired his set-piece into the top corner, Lacazette had confidently stepped up to dispatch the penalty that gave Arsenal the lead. Both the Swiss and the Frenchman appeared to benefit from the inclusion of – and performances from – Arteta’s younger squad members.

Will this end up being the game that convinces the Spaniard to trust his youngsters more in the league?

They are sixth in the table (ahead of Man City’s hosting of Newcastle, where a win would see Pep Guardiola’s side overtake Frank Lampard’s), and they are six points behind leaders and champions Liverpool, who have a game in hand.

As we approach the midway point of the season, a six-point gap between the Blues and the league leaders is not catastrophic, but there is no doubting that a nine-point lead would be incredibly difficult to overcome if held by a team like Liverpool. Either way, the Reds will expect to extend the gap when they take on 19th West Brom at Anfield tomorrow.

Chelsea literally cannot afford to slip out of the title race so early, having invested so much over the summer.

As summer signing Timo Werner continues to flounder for Chelsea, the question is begged: Why was Olivier Giroud not used here?

The 2018 World Cup winner has excelled when given the opportunity to play this season and would surely have proven useful against his former team on Boxing Day.

The striker look set to come on around 70 minutes, but Lampard instead opted to introduce Kai Havertz off the bench.