Willian knows what it’s like to play under some of the best coaches in the world. Jose Mourinho brought the Brazilian to the Premier League when he was Chelsea boss, where he also played under Antonio Conte.

But the 32-year-old believes Arsenal manager Mikel Arteta has something completely unique and could be the man to finally end the wait for a league title at the Emirates.

The Gunners haven’t won the Premier League since 2004, but Arteta’s start to life as Arsenal boss has already seen the club win the FA Cup and the Community Shield.

And Willian, who ended seven years at Stamford Bridge to sign for Arteta’s side, believes, there is a chance they could be serious contenders in the years to come.

“Arsenal have a great coach and a great chance to fight for titles. We can win the league. Maybe not this time but next tim,” he told the Daily Mail. “I’m motivated to have more success. 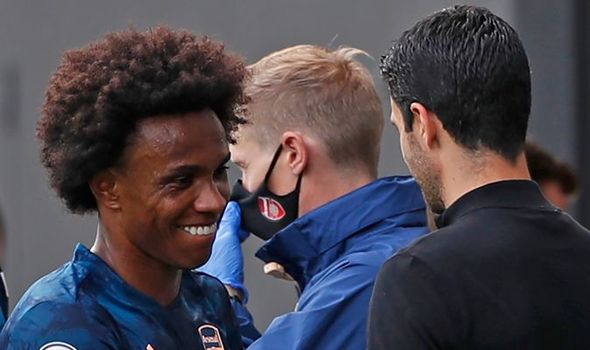 Arteta has earned plaudits for the direction Arsenal seem to be going under his stewardship and Willian believes the Spaniard has the potential to be “one of the best”.

“It’s because of his ideas,” Willian added. “The way he sees football is different. The structure, the way he talks, his advice. It’s unique. He will be one of the best I think.

“He just wants me to be the same player I was at Chelsea. Take the ball and go one on one. Dribble, take shots. But with his ideas and instructions I can get better.”

Willian left Chelsea when his contract expired at the end of last season and admitted he was sad to leave, but is confident that he can win more titles in north London. 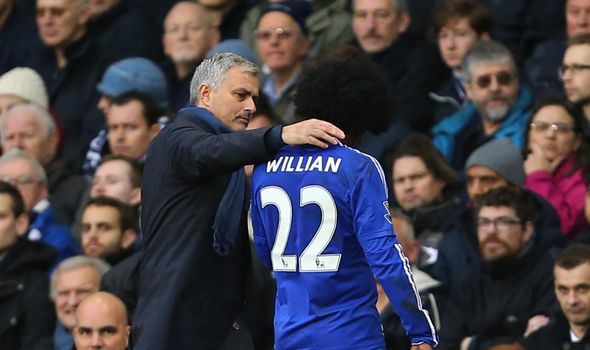 “It was difficult. They knew how much I wanted to stay. I wanted to be a legend for the club. It was strange. But Arsenal was different. Every day they called my agent and wanted to meet or talk. They really wanted me to go there.

“That’s the difference. I see one club that made a lot of effort for me to go there, pushing a lot. And another who just said: ‘Two years or go’.

“I was a little bit sad with that but I respected Chelsea’s policy. Now it’s a new club, a new challenge, a new experience, a new life. Now it’s time to work to try to win more titles.”

Willian will hope the Gunners  can continue on their upward trajectory, as they host Aston Villa on Sunday night.