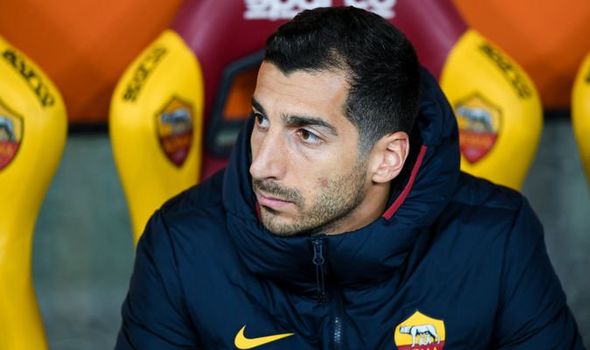 Arsenal have not yet entered into talks about Henrikh Mkhitaryan’s future with Roma with the Serie A club keen to keep the Armenian permanently and the player himself seemingly hoping to remain in Italy.

One of Arsenal’s highest-paid players, Mkhitaryan failed to find his best form after joining in a swap deal which saw Manchester United acquire Alexis Sanchez.

But in Rome, Mkhitaryan has produced six goals and four assists in 17 appearances.

In two-and-a-half years in north London, he produced just nine goals and 13 assists in 59 games, having endured similarly patchy form at Old Trafford.

That was despite having moved to England as one of Europe’s best playmakers, producing a sublime 23 goals and 32 assists in 52 games for Borussia Dortmund in 2015-16. 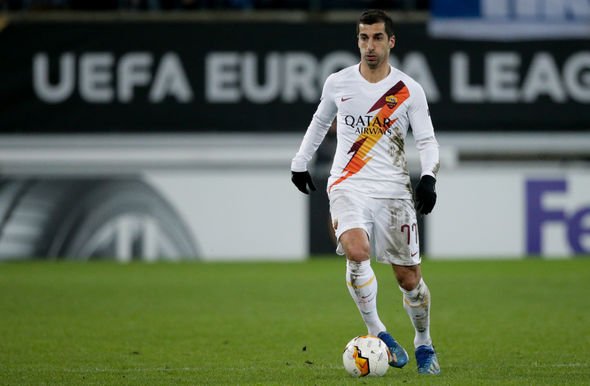 And with Roma keen to keep Mkhitaryan but short on funds to pay the fee Arsenal want, which is claimed to be around £10million, it has been suggested they could throw in Kluivert.

Son of Ajax legend Patrick, 21-year-old winger Kluivert is a regular and has seven goals and two assists from 27 appearances this term.

His high ceiling, and young age, means it would be surprising were Roma to give up his talents so easily having paid around £15million to sign him in 2018.

And football.london say no talks between the two clubs have taken place thus far.

While it is said Arsenal would be open to landing Kluivert, no terms have been discussed as to how a deal could be worked for the on-loan Mkhitaryan to stay at the Stadio Olimpico.

It has been claimed in some quarters that Roma’s preference would be for a second straight year-long loan deal that they would then make permanent in a year’s time.

But Arsenal’s desire for immediate cash to boost Mikel Arteta’s budget is likely to see them prefer a sale this summer.

And if they are forced to agree to another loan deal, Arsenal may have to extend Mkhitaryan’s contract given that his current agreement runs out next year.

Roma are said to be keen to include an obligation to buy the 31-year-old in their second 12-month loan, which would be active in June 2021.

But that is when Mkhitaryan’s current Arsenal deal expires, and so they would have to hand him an extension to avoid losing the £180,000-a-week attacking midfielder for nothing.

Speaking about his future on ‘A Day With…’, the Armenia international: “Since the first day I arrived here in Rome, I feel very good in the club, in the city, and of course it would be nice to stay here.

“The main target will be the Champions League, other wins and titles.

“People underestimate Serie A, the Italian league, but it’s more than interesting to play here. The league is getting better and better, and last year’s transfers speak for themselves.

“I do not have a lot of time left until the end of my football career, but I’m pretty sure that I’m doing my best to achieve more, because at the end of your football career everyone will remember what you have done for the club, what titles you have won. 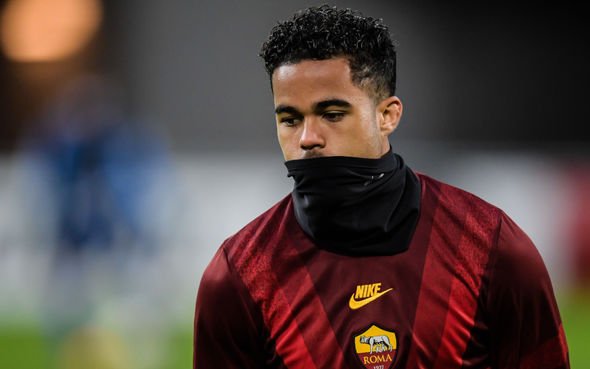 “It’s very important to leave a positive note by winning a trophy or doing something good for the club.

“‘I’m working hard and mixing my talent with hard work. It’s not always easy, but sometimes you must make a sacrifice.”

Earlier this month there were suggestions from Italy that Mkhitaryan had told Arsenal his time at the club was over and that he wanted to stay with Roma.

His agent Mino Raiola responded furiously to those suggestions on social media, however.

He said: “Mkhitaryan did not send any message to Arsenal.

“Specially in times like these, fake news are completely unacceptable.”