‘It is another dream come true, and hopefully it can be the first of many’: Arsenal youngster Bukayo Saka desperate to make his mark for England after his debut against Wales

Bukayo Saka has hailed his England debut as a ‘dream come true’ and insisted it is just the start of things to come following the victory over Wales on Thursday.

The Arsenal starlet started and played 76 minutes for the Three Lions during their 3-0 victory against Wales at Wembley, with the goals coming from Dominic Calvert-Lewin, Conor Coady and Danny Ings.

Saka has emerged as one of the most exciting talents around in England after bursting onto the scene in style for Arsenal over the past couple of seasons, and he produced an assured display for Gareth Southgate’s side on Thursday. 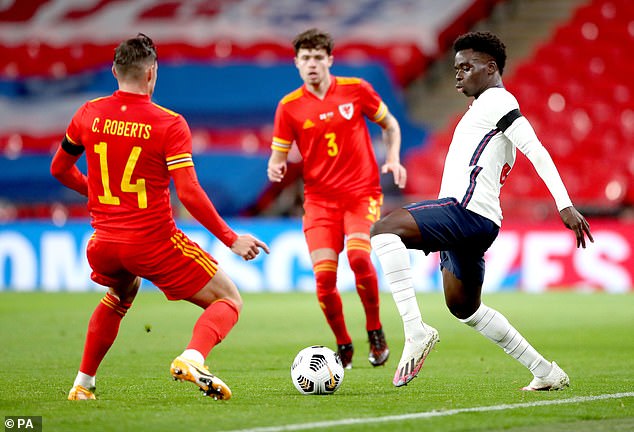 His England debut comes just a year after scoring his first goal for Arsenal away at Frankfurt in the Europa League, and Saka is desperate to stake his claim for a regular place for both club and country now.

Asked about his whirlwind career to date and whether he predicted it would turn out as well as it has so far, Saka told the Standard: ‘No, I couldn’t have imagined it. Frankfurt, I still remember it like it was yesterday, it was a very special night and a dream come true to make my debut and score.

‘Now it is another dream come true to make my debut for England and, hopefully, it can be the first of many.

‘The game was quite different and the intensity was high. Obviously, I had to get used to my new team-mates, but I grew in confidence as the game went on, I could have got a goal in the second half. 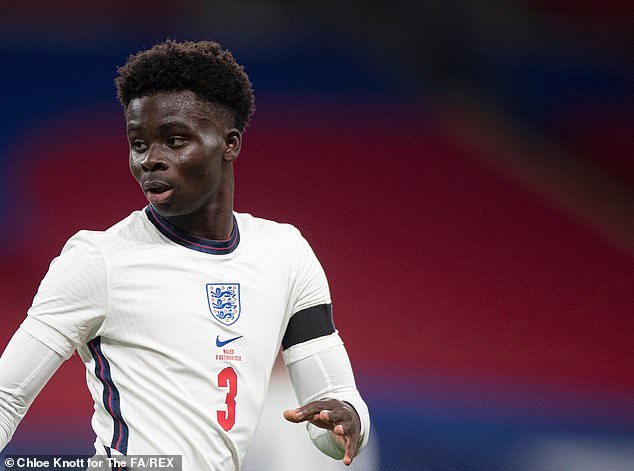 After making his debut, Saka is hoping it’s just the start of things to come with England

‘I’m happy with the performance. There are a few things I can improve, but I’ll take confidence from this because it is always a special moment to play for my country.

‘Putting the shirt on was a very special moment. When I put it on before the game I remembered all the times I put it on in the youth team and this one was just different, so special. To play at Wembley, there are no fans, but in front of the manager and such high-quality players is a special moment.’

After his solid Wembley display, Saka will be hoping for more game-time with England in their upcoming fixtures before heading back to Arsenal.

England take on Belgium at Wembley on Sunday, before hosting Denmark just three days later in the UEFA Nations League. 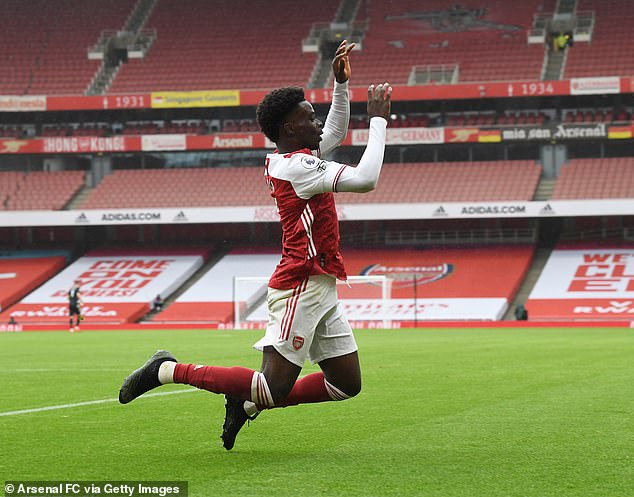