The Twitter war between the players of Arsenal and Brentford continued on Sunday afternoon with Gabriel Magalhaes the latest to poke fun at the beaten opponent.

The Brazilian centre-back took to social media within minutes of the final whistle in Arsenal’s comfortable 3-0 win at the Gtech Community Stadium on Sunday afternoon.

And, predictably, he posted ‘Nice kick about with the boys’ to continue the back and forth that began last August. 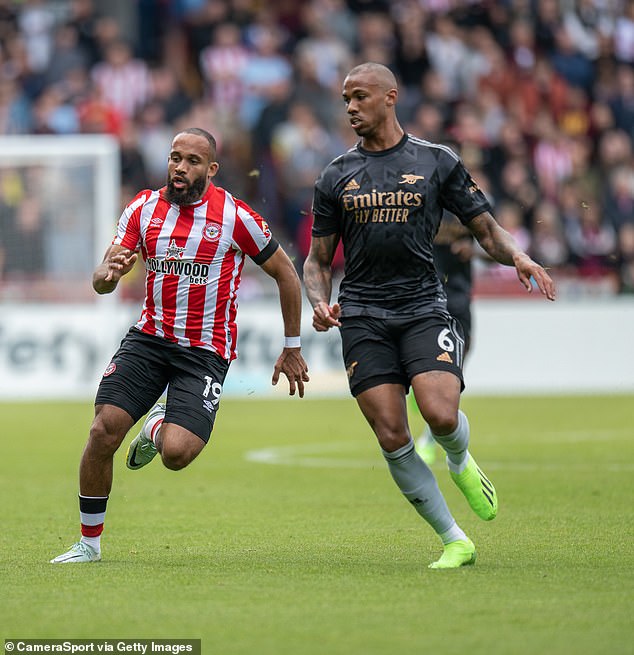 It started when Brentford striker Ivan Toney posted those words after the newly-promoted club stunned the Gunners with a 2-0 win on the opening night of last season.

Arsenal’s now-departed forward Alexandre Lacazette responded in kind following his team’s 2-1 win over Brentford at the Emirates in February.

And the trend has now continued after Arsenal easily won on Sunday afternoon to return to the top of the Premier League table.

It was revealed in the Amazon All or Nothing documentary on Arsenal that Mikel Arteta used Toney’s tweet as inspiration to fire up his players ahead of the return match.

In his pre-match speech before the fixture in February, Arteta said: ‘All week we have prepared, we have looked at everything, we want to play as much as possible. 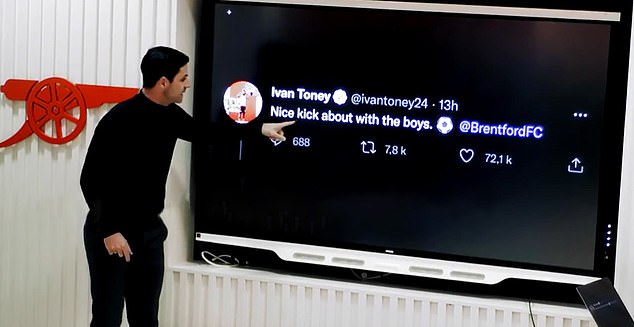 ‘I insist here, and this is great, but what is going to make the difference now is what happens in both boxes.

‘Before I go, because it’s still in my stomach, and I have managed to keep it in my stomach for six months. This is Toney after the game when we played them at Brentford.

‘You know what he did, you know his tweet? ‘Nice kickabout with the boys this afternoon’. So, today they play in our house guys, and there is only one team in that f****** pithead. 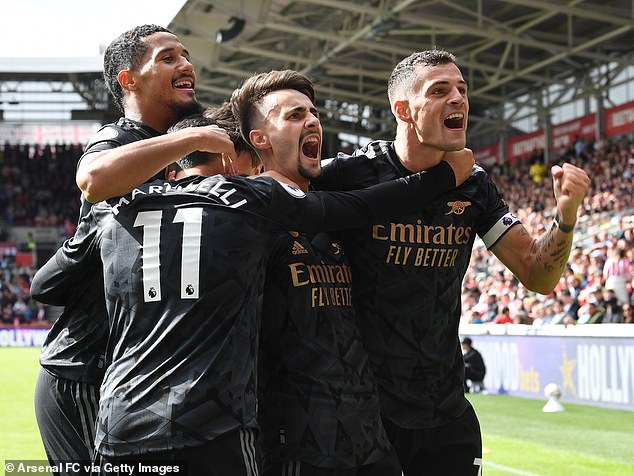 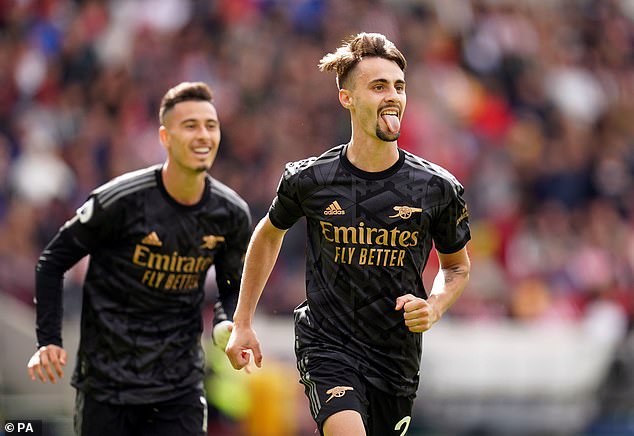 William Saliba headed home Bukayo Saka’s corner in the 17th minute to give Arteta’s side the lead.

Gabriel Jesus netted his fifth goal for the Gunners since joining from Manchester City when he nodded home Granit Xhaka’s cross.

And Fabio Vieira, making his full debut, settled it early in the second-half with a brilliant shot from 25 yards that kissed the post on its way in.

The result made it six wins from seven to start the league season for Arsenal, elevating them above Manchester City and Tottenham to take leadership of the table entering the international fortnight.