Nicolas Pepe repaid Mikel Arteta’s faith in Norway last night, as bounced back in style for Arsenal after his red card against Leeds. The forward was on target for the Gunners against Molde in the 3-0 Europa League win and proved he does have a future at the club, despite recent criticism.

Pepe has taken his time to adjust to new surroundings following his £72million move from Lille in the summer of 2019.

He struggled for consistency under Unai Emery and has shown glimpses of promise since the appointment of Arteta, despite failing to nail down a starting spot in his side.

There were huge doubts over the long-term future of the Ivory Coast international after he was shown a straight red card against Leeds for a clash with Ezgjan Alioski.

Arteta publicly labeled his behaviour as “unacceptable” but decided to give him the chance to redeem himself in Scandinavia, an opportunity that was grasped with both hands. 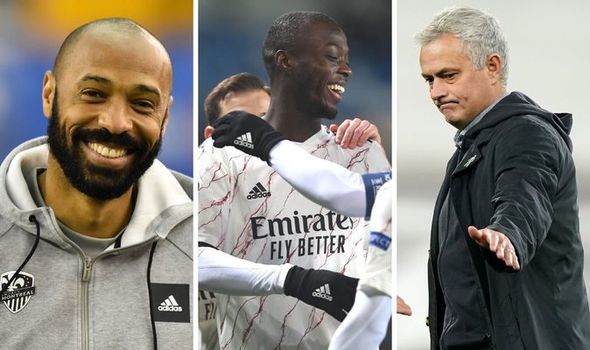 Since his arrival in the Premier League, Thierry Henry and Jose Mourinho are among those to have acknowledged his star quality, with both making it clear that he would require time before replicating his form at Lille.

It’s a situation that Gunners legend Henry knows all too well, following his slow start in north London after joining from Juventus in 1999.

Speaking from experience just over a year ago, Henry urged Arsenal fans to give Pepe time before jumping to conclusions on the 24-year-old.

“He needs to make sure he doesn’t listen to that and go out and perform. People need to forget about the price tag. He didn’t ask to be bought for that amount of money himself.

“It’s not always easy to arrive in a team, adapt to a new style of play. The Premier League, as we know, is not the same as the French League or any other league, by the way.  So he needs to adapt to that. We need to give him time.”

Pepe will be suspended for the upcoming north London derby but Tottenham boss Mourinho has previously laid on record his approval of Pepe, due to his close ties at Lille.

While working in the Sky Sports studio as a pundit, he claimed Pepe has “fantastic potential”, something that was evident in the performance against Molde. 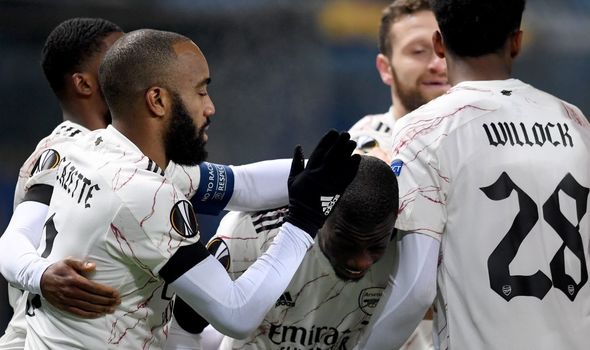 He said at the start on the 2019/20 campaign: “Last season after I left United, I went a few times to Lille because my friend is the coach there [Christophe Galtier] so I know quite a lot about his qualities.

“He does that very well. When he has the ball and also without the ball, he is very effective and very direct.

“The goals that he misses against Arsenal, he normally doesn’t miss it. He’s very cool in front of the keeper and I think this boy has fantastic potential.

“If they are to play three in midfield with him, Alexandre Lacazette and Pierre-Emerick Aubameyang at the front, looking to the movements, I think they can make it a real force.”