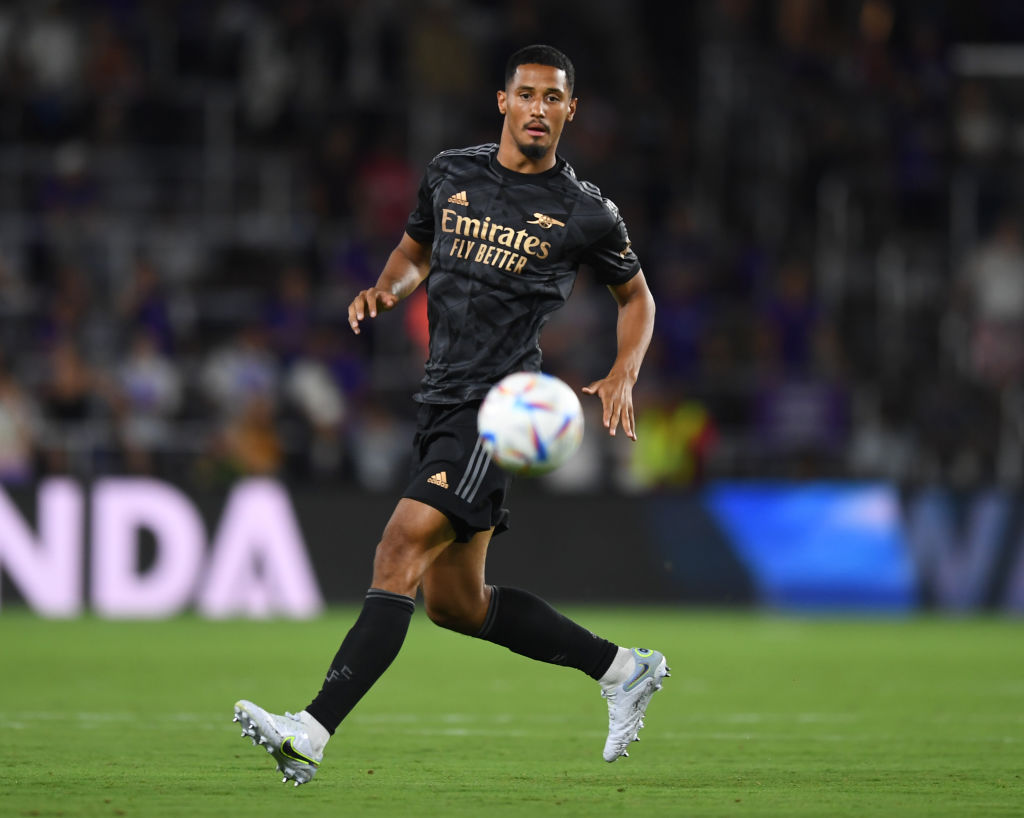 Arsenal manager Mikel Arteta is ‘delighted’ to have William Saliba back with the club and insists the club has a plan in terms of the defender’s contract situation.

The 21-year-old looks set to finally be given the chance in the Gunners first team this season after three loan spells away from the club at Saint-Etienne, Nice and Marseille.

The France international came off the bench in a friendly against Orlando City on Wednesday after starting a pre-season match against Everton last week as he continues his progress towards an Arsenal debut.

Having signed from Saint-Etienne in 2019, Saliba’s Arsenal contract only has a couple of years left, expiring in 2024 and Arteta says that the club has a plan in mind for his future.

That plan sounds like extending his deal, with the Spaniard impressed with how the youngster has matured over the last three years.

‘We always have a plan and when we have to execute it, that’s a different story and football is a really funny game,’ said Arteta.

Saliba replaced Rob Holding 59 minutes into the game in Florida which the Gunners won 3-1.

Arsenal are back in action in Orlando again when they take on Chelsea as pre-season preparation continues.

Saliba will be hoping to impress again as the start of the Premier League season approaches, with the Gunners playing Crystal Palace on 5 August.