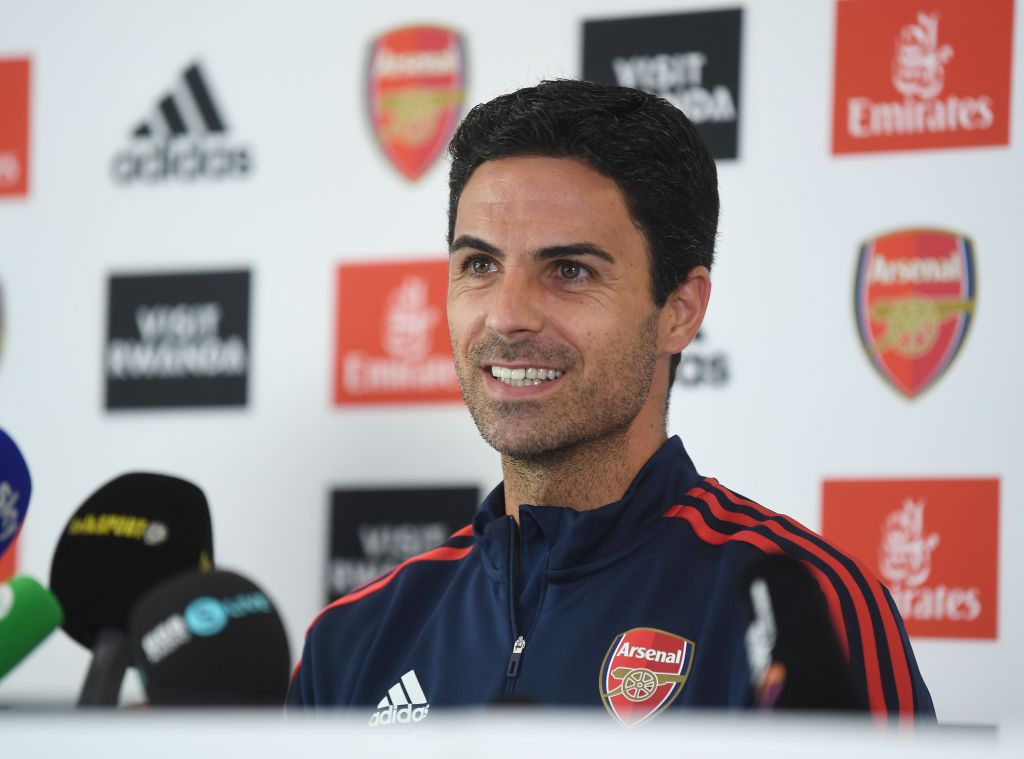 Mikel Arteta insists his Arsenal team have no lack of belief as they prepare for a trip to Old Trafford this weekend, saying they have won away to Manchester United before and will do it again.

There is no reason why the Gunners would be struggling for confidence as they go into the match as the only Premier League team with a perfect record.

Five wins from five games sees Arteta’s side sitting top of the table, with United fast improving after a terrible start, but six points behind Arsenal in fifth.

After three straight wins for the Red Devils, a trip to Old Trafford could look intimidating for some sides, but Arteta says his players hold no fears. Partly because of their recent form, but also thanks to their win at Manchester United just two seasons ago.

‘They are good enough to go out and win the match,’ Arteta said of his players. ‘I think we have the belief that that can happen. If not, it is better to stay at home.

‘We have gone through things like that when we hadn’t won at Stamford Bridge for 20 or something years, but you need to believe that you will do that. If you can play the way you want to play, you will win football matches.

‘It’s not something new [winning at Old Trafford]. We’ve done it, we have to do it again and we have to believe from today, yesterday and straight after the game that we are capable of going there and playing how we want in the match.

United boss Ten Hag was very complimentary of Arsenal and what he has seen of Arteta’s men so far this season ahead of his first clash with the Gunners.

‘I have seen Arsenal,’ said the Dutchman. ‘A tough opponent, they have started really well as we all know in the season and you can see there is a team who are [a] long [time] together, with a coach who brings his philosophy in the team. So, this is a good test and I’m really looking forward [to it].’

Juventus 'weighing up a move for Antoine Griezmann'