Mikel Arteta revealed that Gabriel Jesus was left ‘disappointed’, even after registering two goals and two assists on a record-breaking home debut for Arsenal.

‘He thinks he should have scored four. That’s the standard, that’s the mentality you need to go to a different level,’ Arteta said after the Brazilian inspired Arsenal to a 4-2 victory over Leicester.

Jesus netted twice in the first half to put Arsenal 2-0 up at the break — his first was a clever, curled finish, the second a back-post header from close range. No Arsenal player had ever scored two on his home Premier League bow. 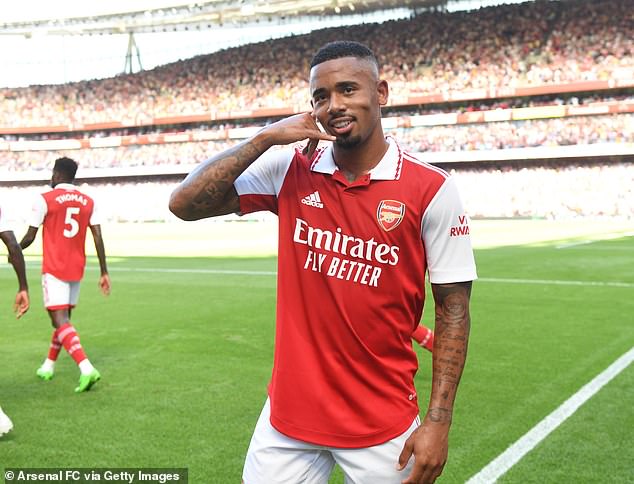 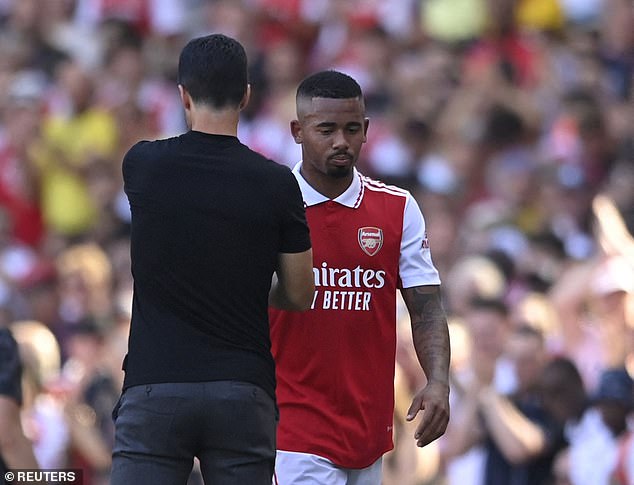 The striker then laid on Arsenal’s third for Granit Xhaka before feeding Gabriel Martinelli for their fourth.

‘We know what Gabi can do,’ Arteta said. ‘I wouldn’t like to play against him. I’ve never been a defender, but I can imagine I wouldn’t enjoy it.

‘He’s so mobile, so intuitive, always sharp and proactive to play in any moment and phase in the game and it’s a real threat.’

The manager believes Jesus’s arrival has helped take Martinelli and Bukayo Saka to another level.

‘I think it lifts the standards the way every day he is, the way he’s talking to them, the way they are connecting,’ Arteta said. 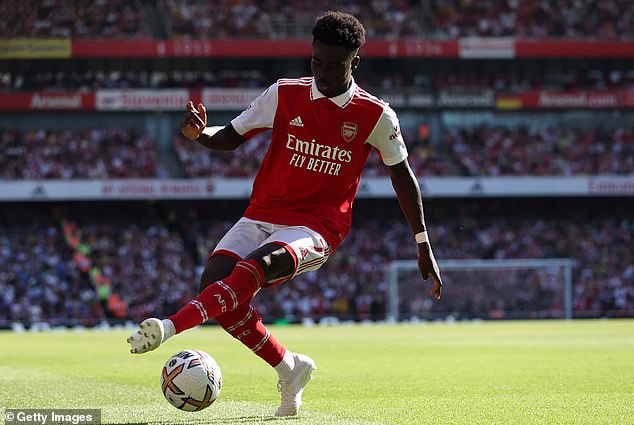 ‘I think it’s very natural but at the same time it’s pretty impressive to do it that quickly.

‘At the same time though we’re asking other players to score goals as well.’ The Spaniard added: ‘You can see the interactions and speed of execution is a different level now.

‘Their rotation can be the same and the way they can execute it at that speed and being that precise is completely different. Then it’s much more difficult to defend.’

Jesus said: ‘I am so happy because we played so good against a tough opponent. I work all day every day to score goals. 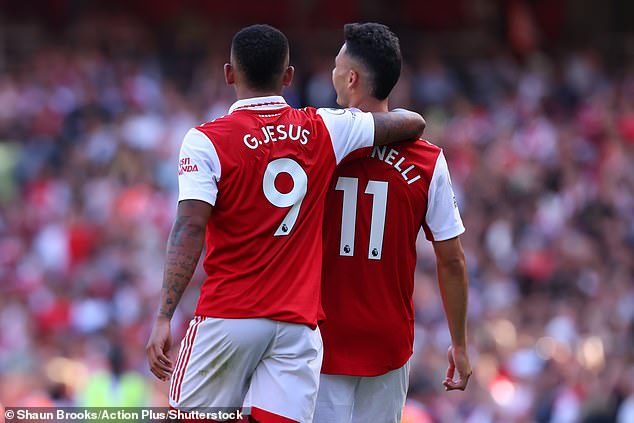