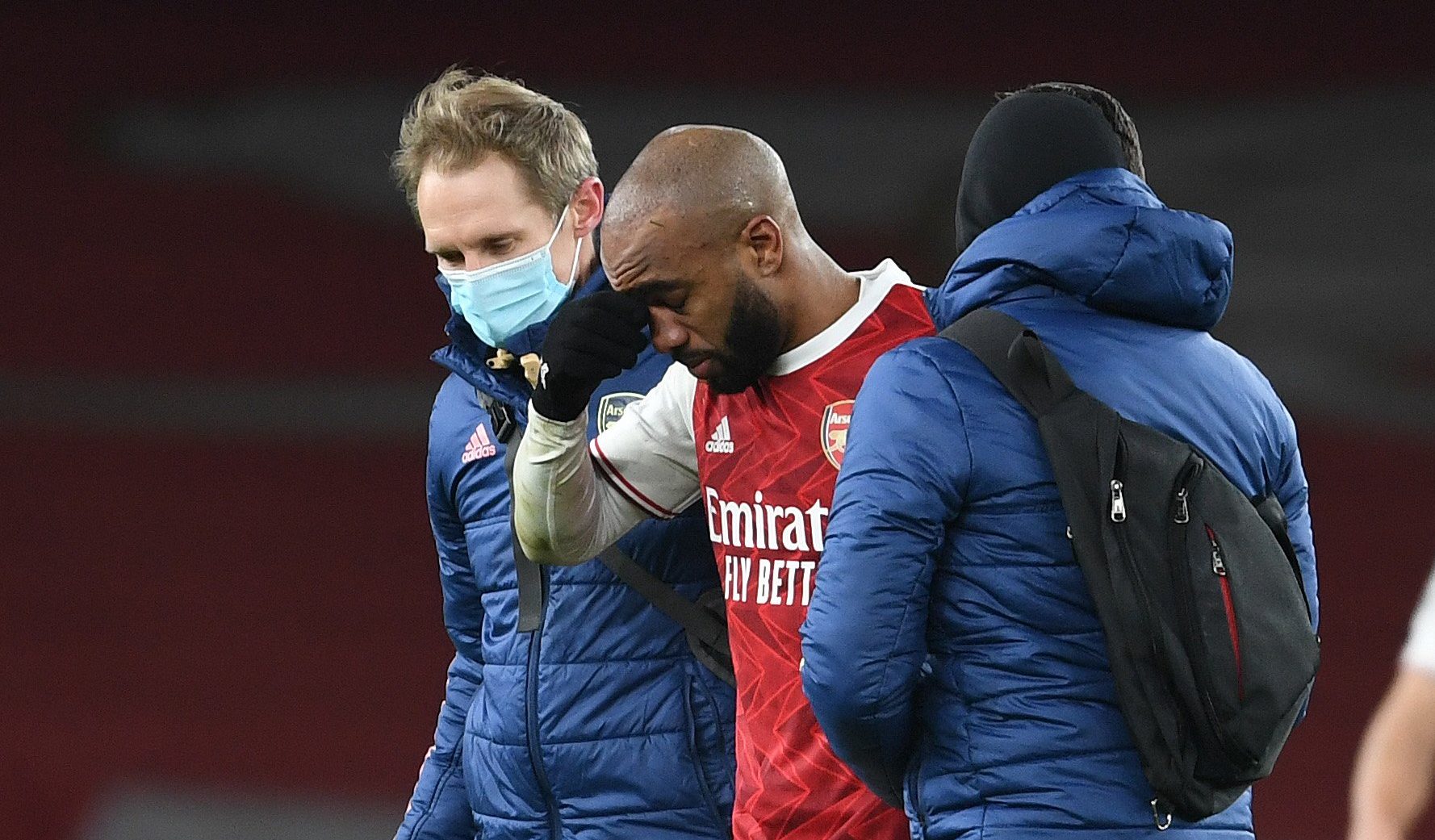 Mikel Arteta has revealed that Alexandre Lacazette was ‘feeling fine’ after he was forced off in Arsenal’s draw with Manchester United but admits it’s a ‘big worry’ if the striker is ruled out for a short period of time.

Arsenal and United played out a goalless stalemate at the Emirates Stadium on Saturday evening with both sides struggling to create many clear chances.

Lacazette, meanwhile, was forced off in injury time after he landed awkwardly following an aerial challenge with Harry Maguire.

The French striker received treatment on the pitch for a few minutes but was replaced by Eddie Nketiah.

Arsenal are next in action on Tuesday as they travel to Wolves but Arteta is unsure if Lacazette will be available.

‘He landed on his head, I don’t know, they will check him, the doctor is on it,’ Arteta told Stadium Astro.

‘He was feeling fine right now, so hopefully it’s nothing important.

‘It’s a big worry because we have so many players out at the moment and some players who are struggling to keep playing minutes.’

Arteta also admitted after the game that Pierre-Emerick Aubameyang’s absence could continue next week after the striker missed Arsenal’s last three matches due to health issues with his mother.

Aubameyang returned to London on Wednesday evening after visiting his mother but the striker was ruled out of Arsenal’s clash with United.

‘We have to respect that and the doctor is managing the situation.

‘It’s because he had a family issue that he had to attend to and these are the consequences of that.’